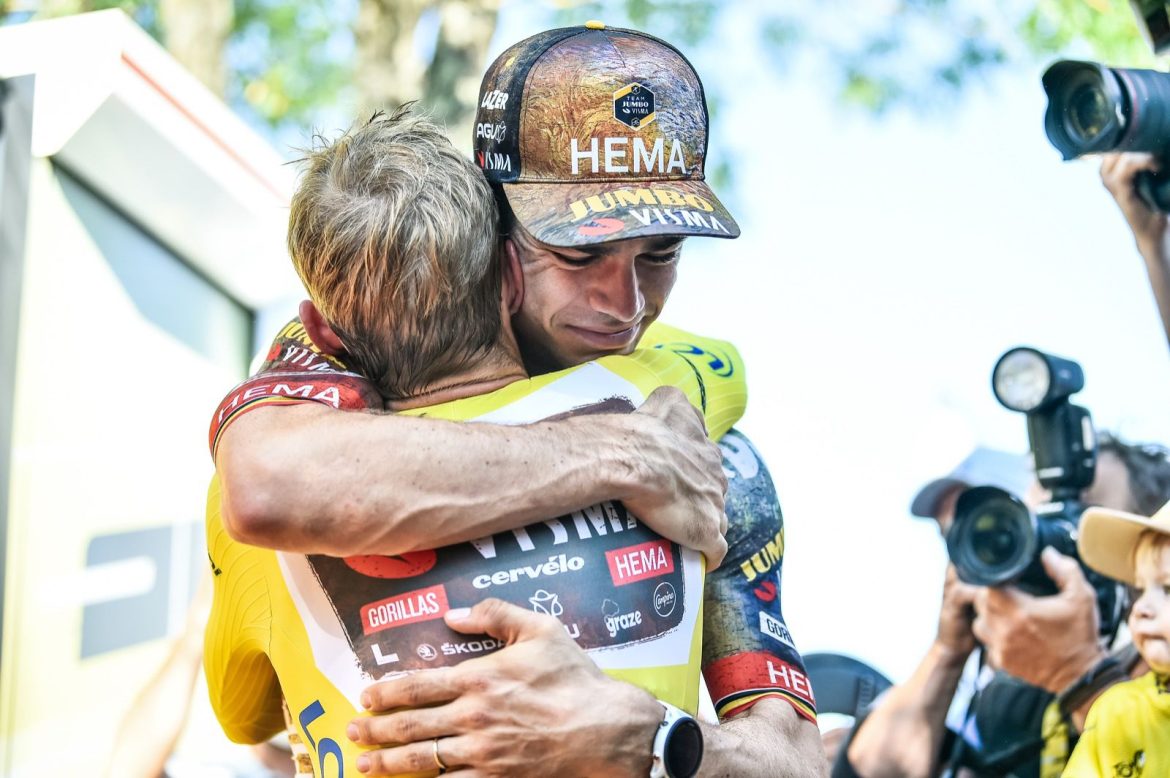 Team Jumbo-Visma had not held back in the time trial of the Tour de France. Green jersey wearer Wout van Aert was the fastest over forty kilometres. In his wake, yellow jersey carrier Jonas Vingegaard finished second. With the third consecutive victory, the Dutch team now has six stage victories in this Tour.

Vingegaard made the fight for the stage win exciting, but in the finish lane, the Dane deliberately left the victory to his Belgian teammate.

“This is unbelievable”, a visibly emotional Van Aert said after his eighth win of the season. “These three weeks are beyond comprehension. We are riding with a powerful team. I thank the whole team and the entire staff from the bottom of my heart. It means a lot to me. We are making our dreams come true. Dreams for which we have been working very hard for so long. Today in the time trial, another dream scenario took place. I gave everything to achieve this. I think I organised my time trial perfectly. I live to win races. Jonas can bring the yellow to Paris tomorrow. It’s really very special to be part of this team.”

Vingegaard’s leading position in the general classification was never jeopardised in the forty-kilometre time trial. If all goes well, the 25-year-old rider will be on the top step of the final podium in Paris tomorrow. “We wanted to go for it again today. This team is incredibly strong and hungry. Wout’s victory is beautiful and moves me. Afterwards, we looked for each other and shared our emotions. It shows that we are very attached to each other within the team. We have always had the feeling that we are working on something extraordinary. Everyone is super happy for each other. They are not only my colleagues but, above all, my friends.”

Sportive director Merijn Zeeman, who saw his team record its thirty-second win of the season, confirms that sense of unity. “On a day like today, everything comes together. This is, in a word, bizarre. Team Jumbo-Visma is such a beautiful team, with so many fantastic people. A fantastic group of riders empowered by an equally passionate staff. The tension was unbearable today. You always keep a battle on your hands. We were in a good focus. The work of the past few weeks is paying off. Jonas and Wout kept their cool and, to top it off, rode to first and second place in this time trial. Only the very best athletes in the world perform like this.”