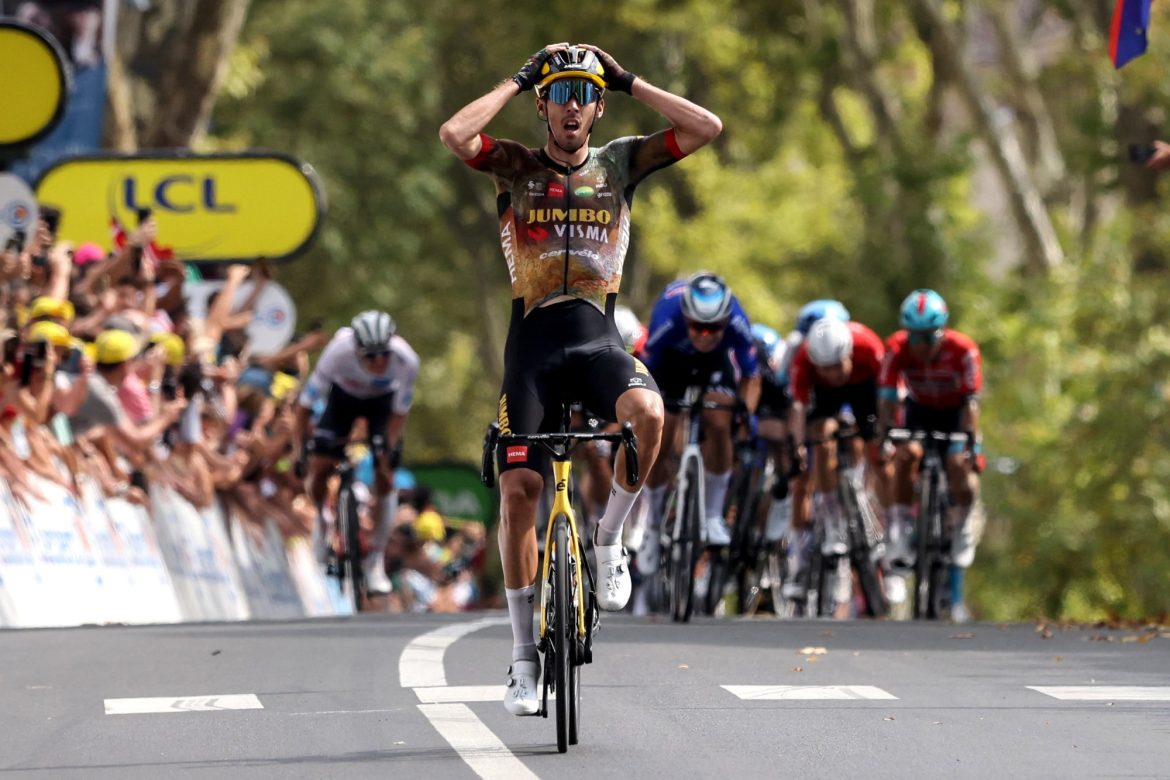 Christophe Laporte has taken a surprising win in the nineteenth stage of the Tour de France. In the streets of Cahors, the 29-year-old Frenchman excelled by riding away just before the finish line. Laporte finished solo and secured Team Jumbo-Visma’s fifth Tour stage victory and the 31st victory of the season.

The uphill finish in Cahors seemed right up Wout van Aert’s alley, but the green jersey wearer sacrificed his chances for Laporte. The Frenchman saw his chance and jumped to the three escapees in the final kilometre. After another acceleration, Laporte rode solo and his second season victory was a fact.

“This is the best day of my career. It’s still hard to believe, but I’m super happy with this victory and the confidence the team gave me”, Laporte said. “With five kilometres to go, Wout said: ‘It’s for you’. Our main goal was to drop Jonas safely within the three-kilometre mark and once we had achieved that, I got the green light to sprint.”

The stage winner continued: “I went into the sprint early. I accelerated in the last corner and was surprised to see that I had a gap on the rest of the peloton. I made the connection with the three leaders and at five hundred metres before the finish line, I decided to go full speed. When I looked behind, I didn’t see anyone. It’s unbelievable that I won. This was my day.”

A day that didn’t come out of the blue, according to Laporte. Since his move to Team Jumbo-Visma, he has made a lot of progress. “The move to Team Jumbo-Visma is the best choice I’ve made in my career. I have never been in such good shape as I am now. In the run-up to the Tour, we went to altitude training for five weeks and that was a good experience for me. Team Jumbo-Visma prepared everything to perfection and I am thrilled to be part of one of the best teams in the world.”