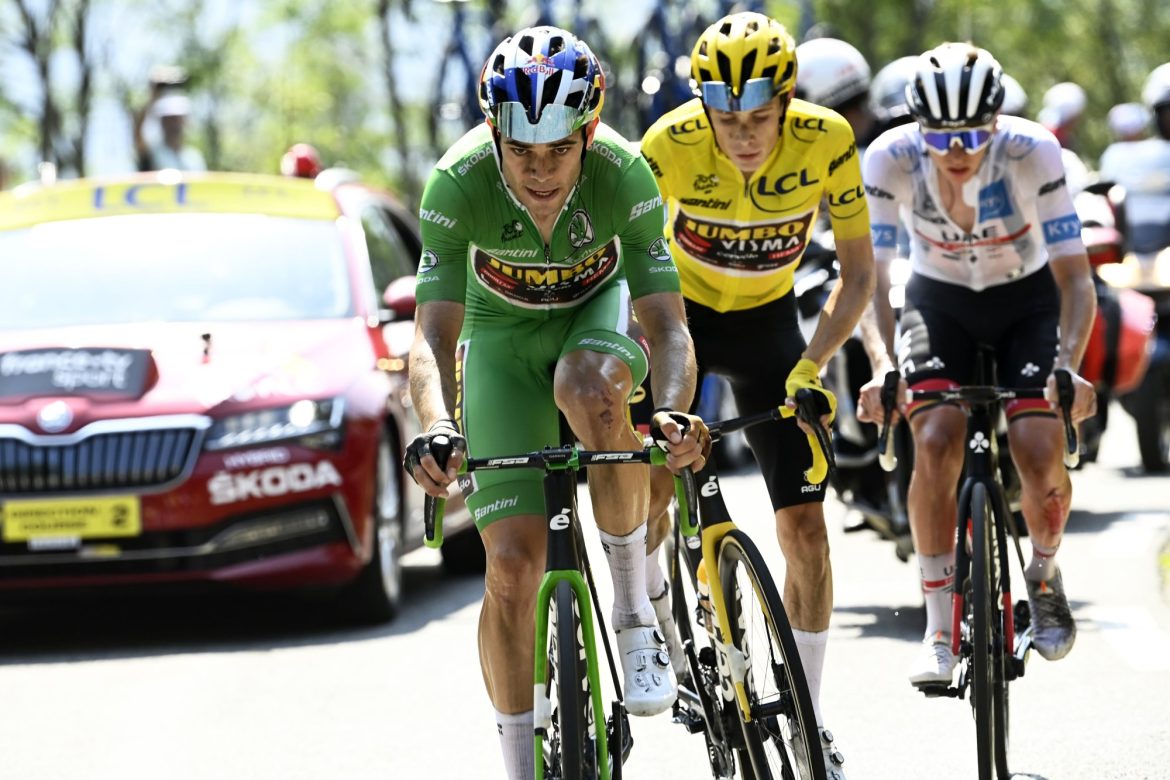 Jonas Vingegaard has won his second stage victory in the Tour de France. He also put his nearest competitor, Tadej Pogacar, further behind. On top of that, the Dane of Team Jumbo-Visma conquered the polka dot jersey. For Vingegaard it was his fourth victory of the season and for Team Jumbo-Visma the thirtieth so far.

With Wout van Aert and Tiesj Benoot in the front group, Team Jumbo-Visma prepared for the stage’s challenging final. On the penultimate climb, the Col de Spandelles, Vingegaard didn’t budge. After Pogacar crashed in the descent, Vingegaard showed sportsmanship and waited for the two-time winner.

Van Aert was the strongest in the front group. After he had taken over the lead from the equally strong Sepp Kuss, the Fleming personally ensured that Pogacar could no longer keep up with the pace. Vingegaard took full advantage of the green jersey wearer’s execution and finished the job professionally.

“This is unbelievable. This morning I told my girlfriend and daughter that I wanted to win for them and I did. I am super happy”, Vingegaard said. “It was a tough day and I’m glad it’s over. The team was super strong and I want to thank Wout, Sepp, Nathan, Tiesj and Christophe. I won thanks to them. Tadej was strong and made some solid efforts on the Col de Spandelles. I was afraid he would attack again on the final climb because I was at my limit. Luckily I had Wout with me who was able to make the difference.”

Vingegaard considers taking the polka dot jersey as well a beautiful bonus. “It’s very nice, but the most important thing is that I extended my lead in the GC. We must stay focused for a few more days; the Tour is not over yet.”

Sports director Grischa Niermann was relieved that the plan to put pressure on Pogacar on the final climb worked out well. “We had a tactical plan all day and it’s unbelievably nice it worked. The guys really did a great job”, Niermann said. “Wout is a great champion. We’ve heard that green and yellow can’t be combined, but Wout has shown it can be.”

Van Aert was proud of the team. “I am delighted that I could play a major role in Jonas’ victory. The plan was to be in the breakaway. From the first kilometre I did everything possible to get in. That worked out well and in the end, everything came together perfectly. It gave me extra motivation when I heard that Pogacar was dropped. Actually, I was already at my limit, but I wanted to keep it up for one more kilometre.”