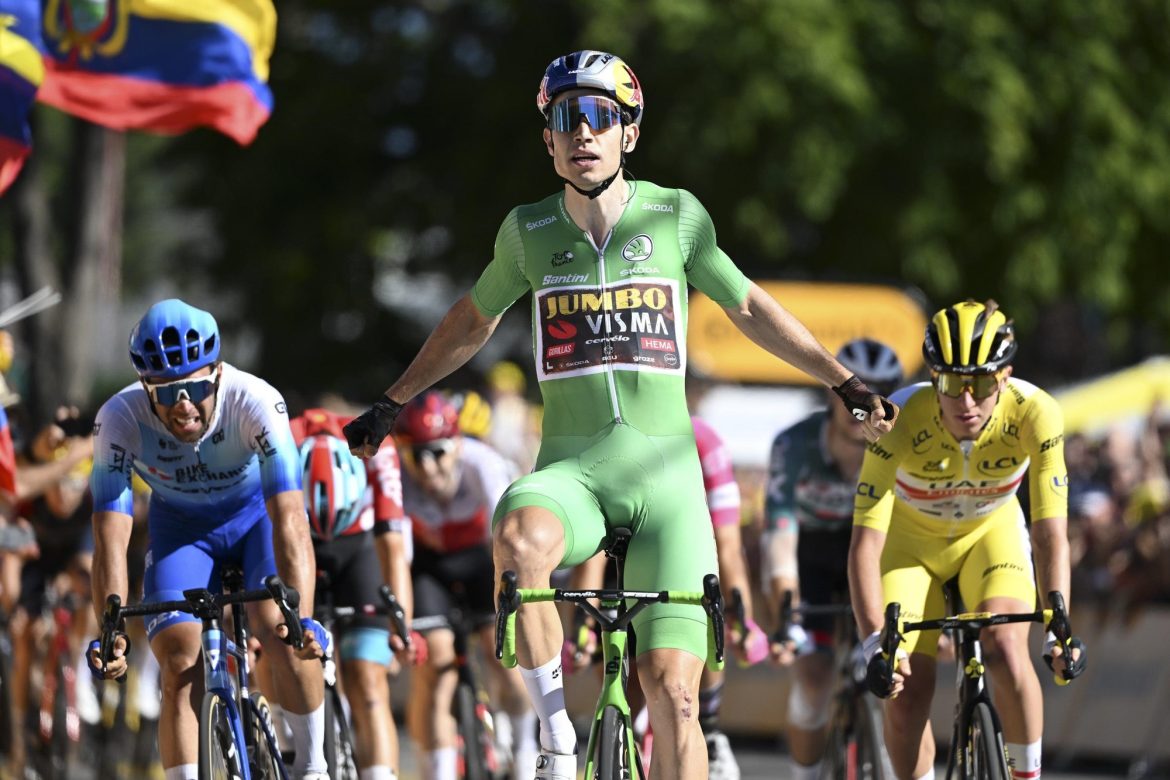 Wout van Aert has won the eighth stage of the Tour de France in an impressive way. The green-jersey wearer beat Michael Matthews and Tadej Pogacar on the steep final climb in Lausanne. For Van Aert, who was the best in Calais on Tuesday, it is his eighth stage win in the Tour and his seventh victory of the season.The hill stage’s finish was on the Cote du Stade Olympique, a five-kilometre climb with a maximum gradient of twelve percent. His teammates controlled the stage well, and Van Aert maneuvered to the front and got himself in the wheel of yellow-jersey wearer Pogacar. With a mighty final sprint, the green-jersey wearer was the fastest.

“I am thrilled with this win. I asked the team to control the stage because I was confident I could win. It’s extra sweet when you can finish it off”, Van Aert said. “You can’t win this kind of stage without a team. Nathan Van Hooydonck did a great job riding in front all day. I am also super happy for him that I won.”

According to Van Aert, l it was a matter of ‘fighting and surviving’ to stay with the best on the final climb. “I knew I would have a good chance if I could get to the last three hundred metres. At first, I got a bit trapped by a classification rider and I was afraid I wouldn’t be able to get out. Luckily I saw an opening and was able to pass everyone.”

Van Aert, who gave the team its twenty-eighth win of the season, extended his lead in the green jersey classification. “This was an important stage to increase my lead in the points classification. There was a lot of pressure on the final sprint anyway because Pogacar could take some bonification seconds for the yellow jersey. Fortunately, I perform best when the pressure is high.”