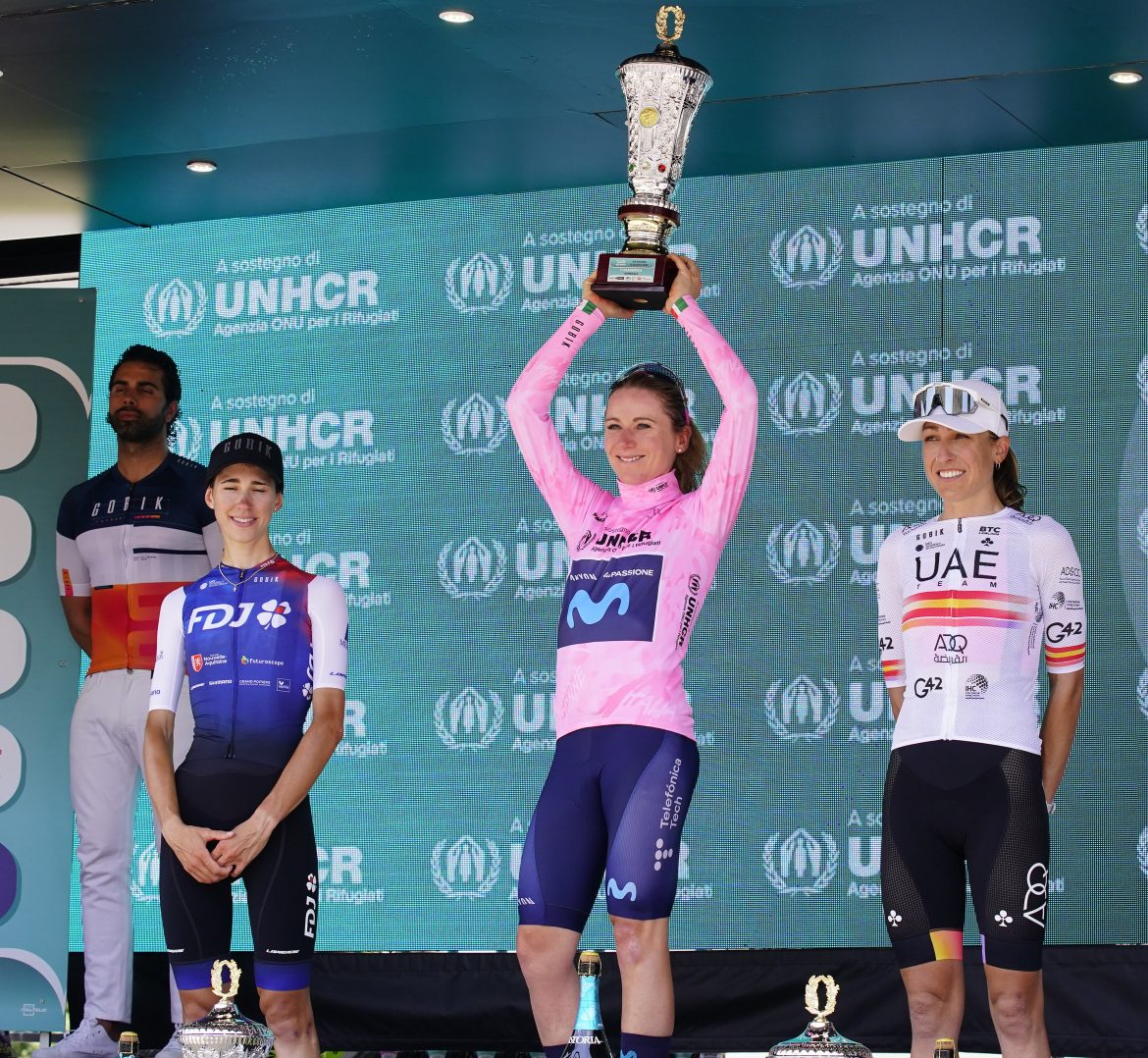 In the end, she ‘Miek’ It Happen. The one fond of board games -and, sportingly speaking, of poker she sometimes plays against rivals-; the one who enjoys racing in Italy so much; the one who always attacks and never settled in a 2022 Giro Donne she dominated almost from the start and led for two thirds of its duration. On Sunday, after the 90km stage ten to Padova, Annemiek van Vleuten made it hers for the third time (should have been four, without that nasty crash from 2020). And she achieved, for the very first time, with the colours of a Movistar Team that now has 16 Grand Tours in its palmarès thanks to her.

The committed work, to the limit of their possibilities, from Jelena Erić, Emma Norsgaard -3rd on the final stage-, Arlenis Sierra -6th in Reggio Emilia, before her injury + DNF-, Aude Biannic and Paula Patiño was crucial to Van Vleuten’s excellent end result. Two stage wins, the most spectacular and exciting of this year’s race, in Cesena and Aldeno, and also some difficult moments to get through -last Friday’s crash and another incident in Bergamo just before the end of day six-. Always, though, showing an astonishing confidence now rewarded with the Maglia Rosa – and also the Ciclamino as leader on points.

92 victories are now in Van Vleuten’s extraordinary palmarès, her career set to end in 2023 with the Telefónica-backed squad and surely with the spirit, style and brilliance she’s shown over this month of July in Italy. The squad managed by Sebastián Unzué and Jorge Sanz will enjoy their success in Venice on Sunday before starting tomorrow with their preparations for the Blues’ next big goal: the first edition, in its new era, of the Tour de France Femmes (July 24-31), which they will head towards with enormous excitement and ambitions.

“I’m super proud to have targeted this Giro with the Movistar Team, in a new experience for this organisation. It was a huge experience for all the girls, and they did so well. With all the tension we had at the race, they always remained focused. Also, the whole team did so well. Our DS, Jorge Sanz, was super prepared and did so well from the car. Everyone in the team, really – it’s nice to win, but it’s even better to win together with such a great group. You can’t do alone at a stagerace, and when the teamwork comes together, it really gives more sense to a victory. It was an amazing ten days, and I can’t wait to celebrate this together.