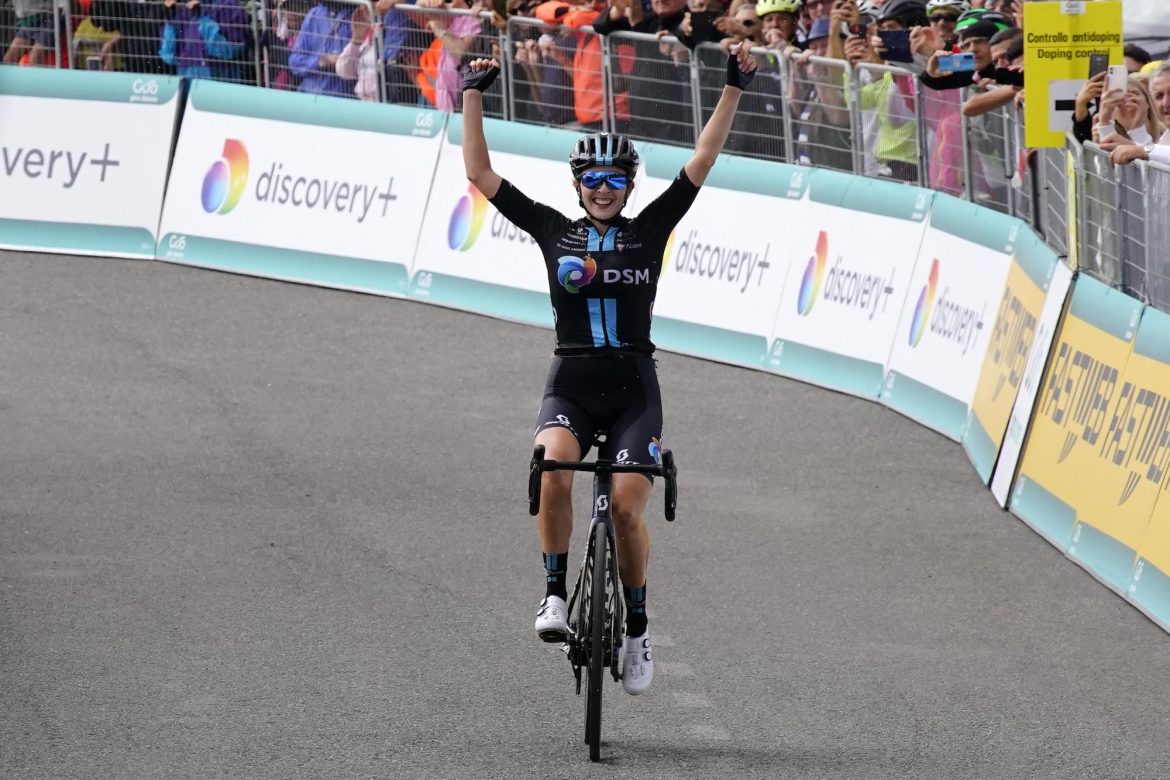 Juliette Labous finished off a strong display of climbing on the seventh day of racing at the Giro Donne in Italy with stage victory atop the Passo del Maniva.

Having made her way into the day’s breakaway, Labous set about helping extend a healthy gap over the peloton to give the break as much of a gap come the final ascent to the line as possible. With the gap dropping fast and the road heading upwards, she set about forging ahead at the front of the race alone, dropping her breakaway companions, to go solo in the final 10 kilometres. Despite the GC battle unfolding behind, Labous paced the climb perfectly to maintain her gap over the chasers and finish nearly two minutes clear to take an impressive stage win on the main mountain top finish of the race.