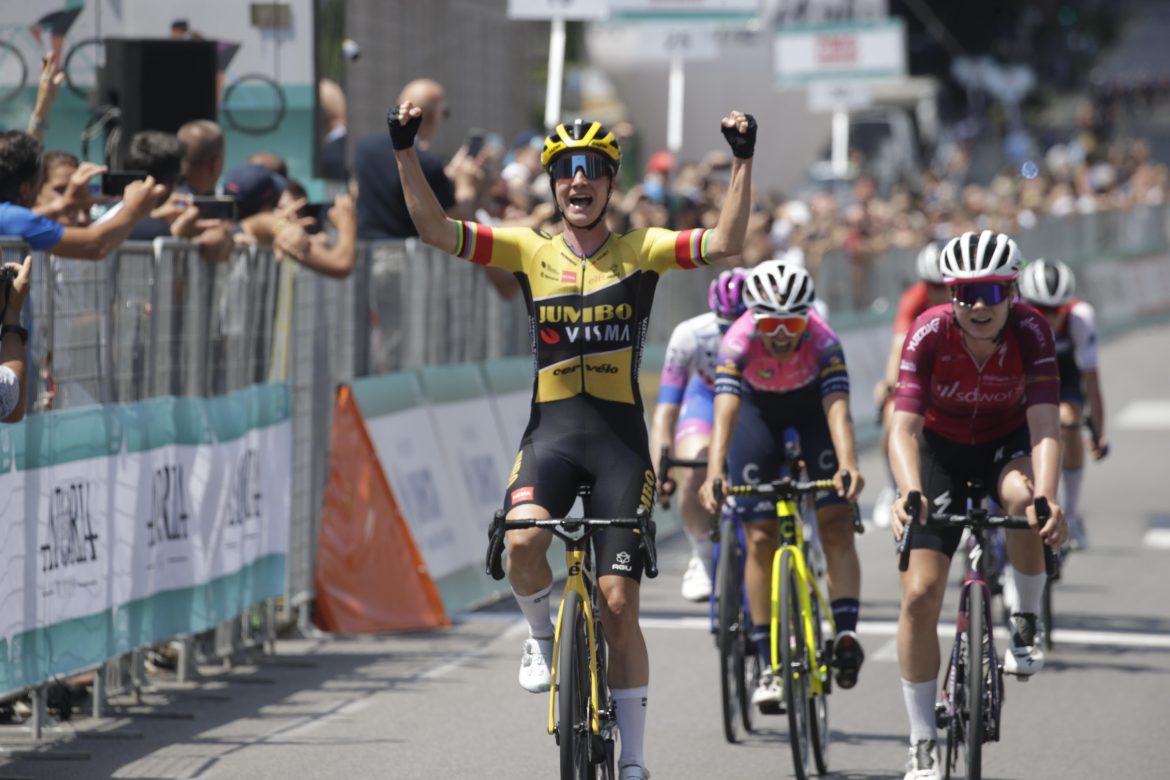 Riejanne Markus suffered too much from her crash in stage four, so she did not start today, unfortunately. During the local laps at the beginning of the stage, with the San Pantaleone as the main obstacle, it proved impossible to form a leading group. Only in the last passage the race was shaken up. Vos and Anouska Koster were briefly in a breakaway, but they did not manage to gain a good advantage. Victoire Berteau then used a moment of doubt to jump away. She took a one-minute lead, but she was caught on the uncategorized final climb.

Trek-Segafredo set the pace on the steep strips to launch Longo Borghini, but a strong Vos stayed in her wheel. In the descent, several sprinters returned, but Vos again proved the strongest. The Dutch rider came out of Kristen Faulkner’s wheel and secured Team Jumbo-Visma Women’s sixth season victory.

“It’s very cool to take another win”, a satisfied Vos said. “I didn’t expect to take two stage wins in the Giro d’Italia Donne. After my first win, the pressure was off, but I also wanted to seize the next chance. During the local laps, finding the right position for the climb was important. Ultimately, every climb was a sprint, after which we also had to sprint to the finish line. The team did very well after the first win. Even when I got second and third, they kept the confidence. I wanted to finish it for them and I’m happy it worked out.”