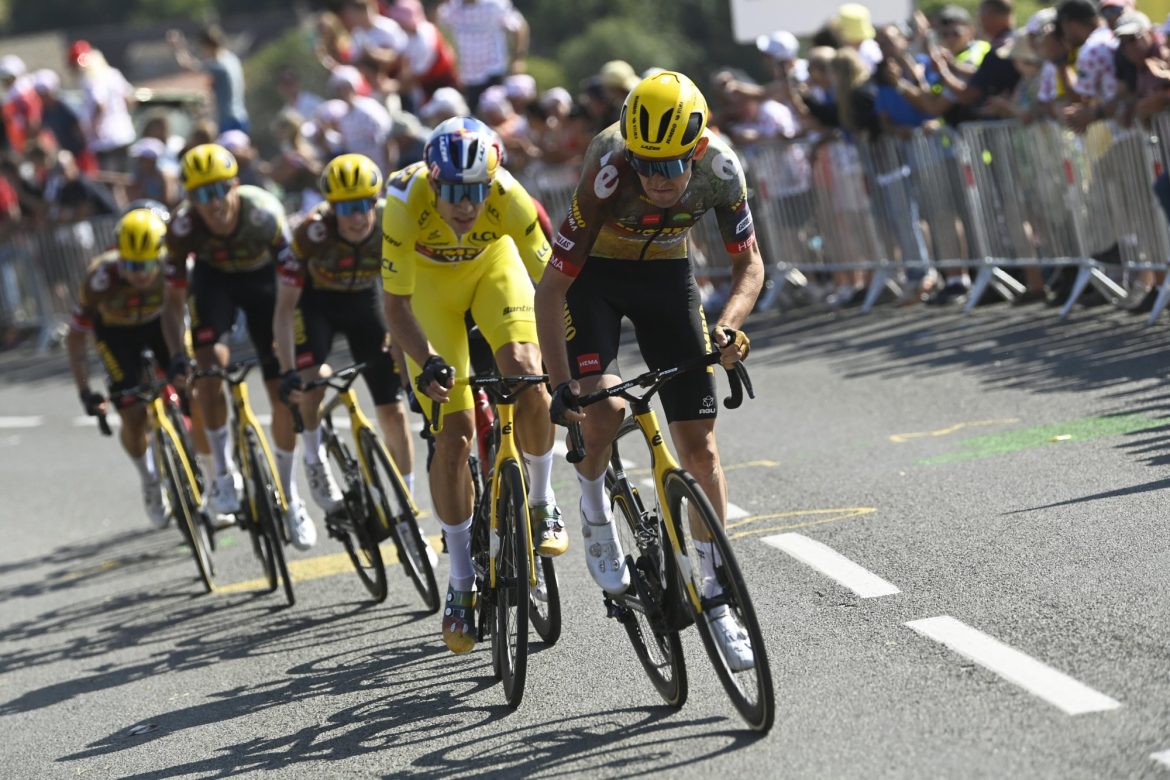 Wout van Aert has won the fourth stage of the Tour de France in spectacular fashion. The yellow jersey wearer was launched by his teammates on the day’s final slope and in the last ten kilometres he rode to the finish solo and made up for three consecutive second places.

In the 170 km long stage, nothing noteworthy happened for quite some time. Team Jumbo-Visma kept the leaders out of the wind all day and with twelve kilometres to go, the riders of the Dutch formation stepped up the pace significantly.

“It was a planned action”, Nathan Van Hooydonck described the team’s power explosion. “We study the Tour route every year down to the last detail. We knew we could do something today.” The Belgian accelerated on the climb, with his compatriots Tiesj Benoot and Van Aert in his wheel. After Van Hooydonck and Benoot’s hard work, it was Van Aert’s turn to finish the job.

The leader of the general classification managed to do so brilliantly. “The sports directors told us over the radio that our leaders were between their main competitors”, Van Aert refers to his teammates Primoz Roglic’s and Jonas Vingegaard’s position. “That was a perfect opportunity for me to go for the stage win. This stage was important for the battle for green, because it was perhaps too difficult for the real sprinters, while fifty points were to be earned. I had to go over the limit and it was a fight for ten kilometres, but the result was great.”

In no time, the Belgian created a 30-second gap. On the finish line in Calais the unleashed Van Aert won for the sixth time this year. It was his team’s 27th win of the season. “The yellow jersey gives me wings. This is certainly one of my career’s most stunning victories. Winning in the yellow jersey is very special. Fortunately, I can start in this beautiful jersey again tomorrow. We did some impressive things as a team today. This was a perfect day for our team.”