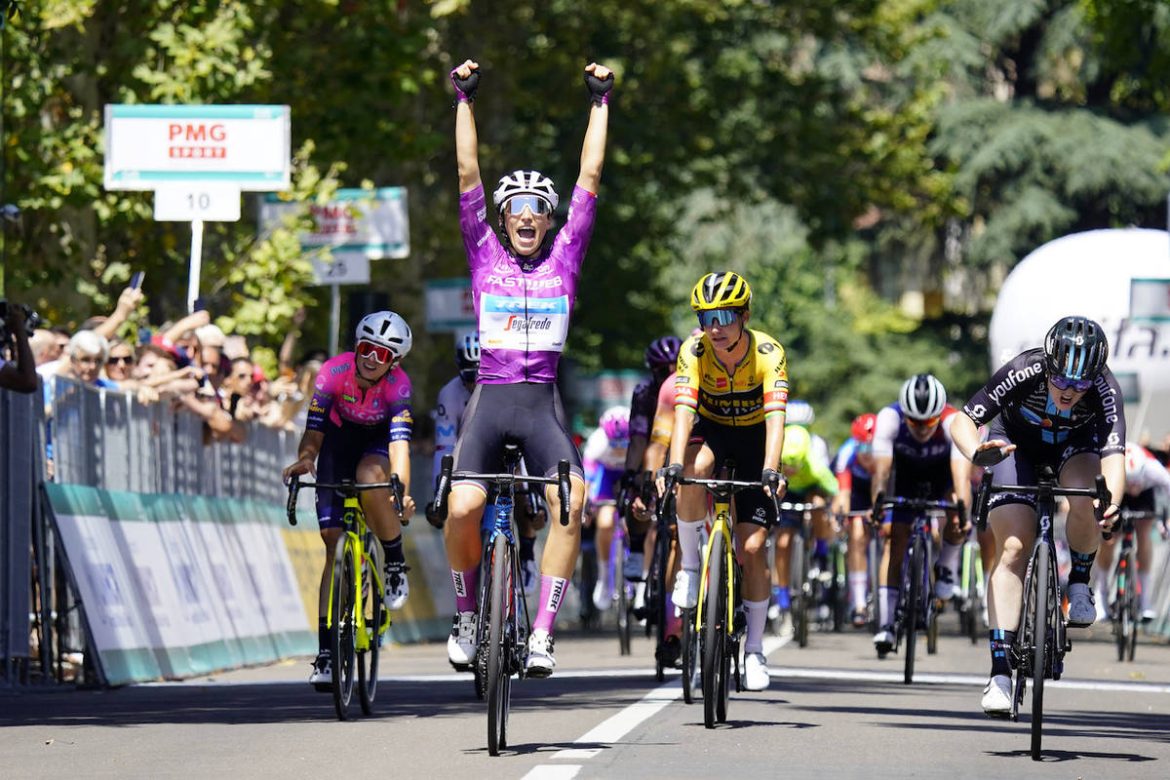 It was a fight for the last corner of Stage 5 at the Giro Donne. Only 150 meters remained after the turn.

Balsamo came into the critical corner first and launched her sprint, and the rest was history. Add another Giro win to her already impressive palmares.

“We had studied today’s stage very well, especially the last kilometers. The goal was to take the last corner in the lead since we knew it would be decisive. From the team car, Ina directed us impeccably and we also had Luca [Guercilena] on site to recon the finish line. It is also thanks to these tricks that successes come.

“I entered the last corner in the wrong gear and I lost a bit of speed before I could relaunch, but I was able to correct in time and sprint at my best. I think it was a good sprint and a good challenge between top sprinters like Vos, Consonni, Bastianelli and, in particular, Charlotte Kool. She is a strong contender, amongst the fastest in the peloton; a rider that I know well who is not often able to sprint since she’s a key leadout for [Lorena} Wiebes.

“The crash in the finale didn’t distract me from the sprint, but I got worried when I didn’t immediately see Elisa [Longo Borghini] in the first group. I heard on the radio that she had crashed. Seeing her cross the finish line was a relief. I hope she is okay, as she seems to be, and the same for all the others involved.

“Winning is never boring! Each success is built differently, has its own story, carries its own peculiarities and emotions.

“My balance of this Giro is definitely positive. It is my first participation, and I could not ask for more. I am really happy.  Also today my team did a super job to put me in the best position and I am super happy to have repaid their effort. I dedicate my success to them.

“Keeping the ciclamino jersey in the coming days will be difficult, given the characteristics of the stages. The hope is to get to the last stage with an acceptable points gap and try to play it out. We’ll see.”