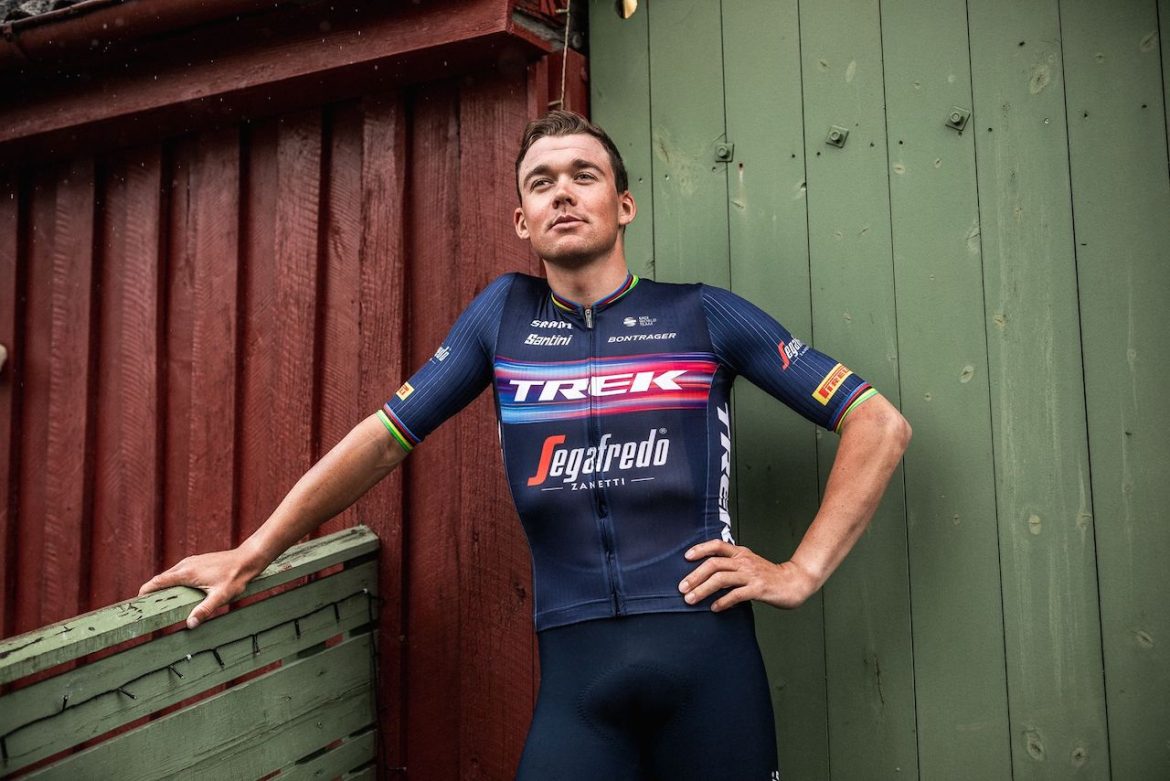 After an unforgettable Grand Depart in Denmark, Trek-Segafredo is thrilled to announce that Danish star Mads Pedersen has extended his contract which will see him ride for the USA-registered Team through 2025.

Pedersen joined Trek-Segafredo in 2017 with high expectations of himself, although few outside the Team expected him to achieve anything so quickly. The Dane first stunned the cycling world at his Tour of Flanders debut, using his big engine in a second place finish.

A year later, he went one better – a surprise winner of the coveted rainbow jersey at the rain-soaked world championships in Yorkshire, England.

Six years with Trek-Segafredo and Pedersen is hungry for more success.

Mads Pedersen: “This team gave me the chance to move into the WorldTour after two years at pro-continental level. Now this is my sixth season and I’m adding another three. If you’re staying in the same team for nine years, it must be something special. Trek always said that they don’t want to be just colleagues, they want to be a big family, and that’s what I’m growing into. It’s a second family for me and that’s also why I decided to stay.

“It was a natural choice for me to extend my contract with Trek-Segafredo. We’ve had some amazing moments during my time here, but also some really tough ones. I’m working super hard for this and I’m doing everything I can, but sometimes it doesn’t work out. I’m only human, I mess up sometimes. For me, having the support and confidence of the team through these low moments is even more important.

“Our classics team is getting stronger every year and we have a really strong group there. Helping the team to improve as a unit is an important goal for me. I want to win races, I want to win monuments, and I want to do it with this Team.”

Luca Guercilena, General Manager: “Since Mads first joined the Team in 2017 he showed immediate signs of his potential. We saw flashes of his brilliance each year – Tour of Flanders in 2018, World Champs in 2019 and Gent-Wevelgem in 2020. Mads has had his share of bad luck along the way but his strong mentality has helped him refocus after each setback. This year he has reached a new level of consistency, while maintaining a very high level. I’m certain we will see him winning a lot more races with us.

“Aside from his obvious ability on the bike, Mads brings a lot to the Team. He cares about the people around him and raises the overall morale. Keeping him for three more years is an important step in our progress.”