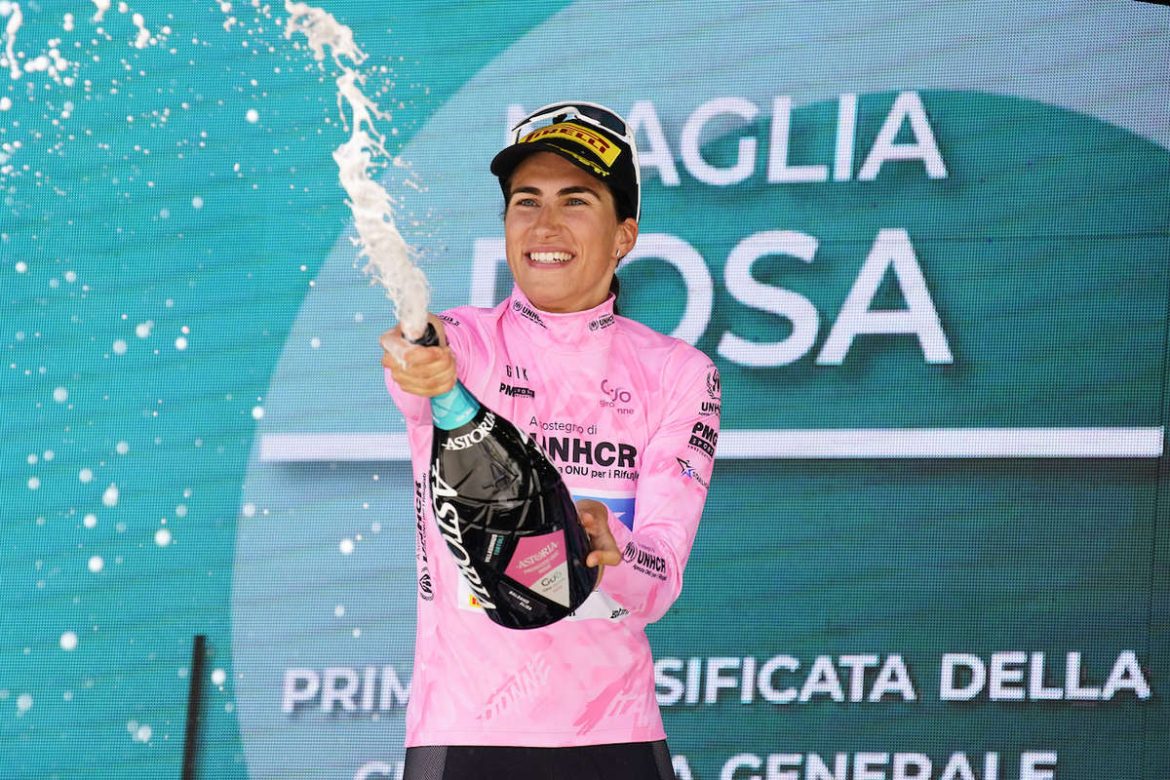 Elisa Balsamo came into the Giro d’Italia’s second day with her eye on pink and achieved her dream by winning the stage and taking over the leader’s maglia rosa.

For an Italian cyclist, there is nothing better and her first words were, “Don’t wake me up.”

The 124-kilometer stage was set for a sprint feast, but first Trek-Segafredo needed to tame a 6-rider move that had gained over 3 minutes.

At nine kilometers from the end, the race was back to one bunch and headed to a fast and tricky finale.

“It was a really hard sprint,” said Balsamo. “My teammates did a great lead-out. They worked from the first k to the last.

Jumbo-Visma had early control of the front, looking to set up Marianne Vos.  Inside the last two kilometers, Trek-Segafredo emerged with Balsamo, and the Italian World Champion found Vos’s wheel.

Vos jumped early, but had the fast legs of Balsamo, wearing the green jersey, in her slipstream.

Balsamo made no mistake, slinging around the Dutch rider in the final meters to snatch the win – and pink!

“I know that Marianne (Vos) is such a strong rider, she has been a rider I have looked up to and sprinting against her is always a pleasure,” said Balsamo.

“[The time trial] was important, I was only six seconds behind Faulkner and we really believed in this pink jersey today. As a child I always went to the men and women’s Giro, and of course for an Italian rider this is a dream to wear the pink jersey; it’s a dream coming true. We were here in Sardinia for the pink jersey, and we did it. I am super happy.”

“We will try to keep it, but our biggest goal was to win it today. So now we will see.”