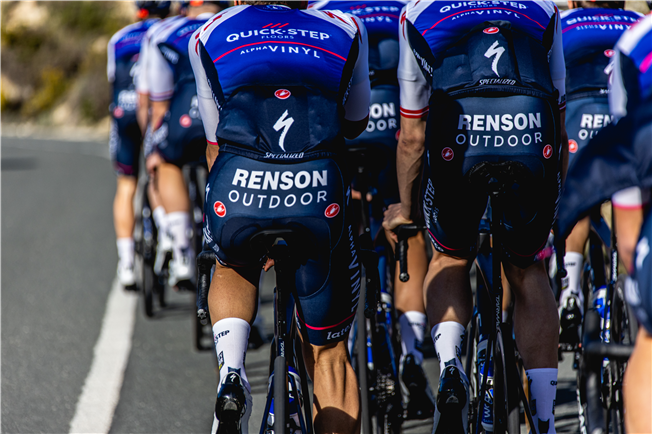 In just a couple of days, Denmark will become the tenth different country to host the Grand Depart of the Tour de France. The bunch will get to spend three days in the Scandinavian country before traveling to France, where the peloton will tackle the rough cobblestones of the north, the Super Planche des Belles Filles, Col du Granon, Alpe d’Huez and Hautacam – to name just a few of the main climbs – and a 40km individual time trial ahead of the traditional Paris stage.

“Over 3300 kilometers and more than 55 000 meters of elevation promise to make for a tough race. After the first ITT, we have two other days in Denmark, which should be for the sprinters, that is if we won’t have any echelons. The cobblestones stage will be a very tricky stage, as everyone will want to be at the front, and after this we’ll have a lot of climbing, with many iconic ascents of the Tour de France. The climbers and the puncheurs will get plenty of opportunities at this edition, unlike the sprinters, who’ll have to fight in many of the stages against the time limit. Overall, the race has something for everyone, and that’s why we are going there with a balanced team”, said Quick-Step Alpha Vinyl sports director Tom Steels, who will lead the squad from the car together with Klaas Lodewyck and Wilfried Peeters.

The most successful sprinter of the year so far with ten victories to his name, Fabio Jakobsen is slated to make his first appearance at the Tour de France, where he’ll count on the experience of one of the peloton’s best lead-out men, Michael Mørkøv. The 25-year-old, who in his past seasons with the Wolfpack has won five Grand Tour stages, all at the Vuelta a España, won’t be the team’s only debutant at the race, with two other young riders, Andrea Bagioli and Mikkel Honoré, set to be on the start line in Copenhagen.

Kasper Asgreen makes it three Danes on Quick-Step Alpha Vinyl’s roster for the Grande Boucle, which will include also Mattia Cattaneo – 12th overall at last year’s edition – Tim Declercq and Yves Lampaert, who is returning at the Tour after three years.

“We have riders who can support Fabio, riders who can climb, but who can also do something in the breakaways. Kasper, Yves and Michael will form a solid lead-out train for Fabio, who has proved how fast and strong he is in the sprints and will now get to discover Le Tour. Tim will be the guy to help him not only on the flat, but also in the mountains, where he’ll take care that Fabio makes it inside the time limit. Mattia is very flexible, has more experience now and can go in some breakaways, where Andrea and Mikkel can support him. Mikkel has improved a lot since joining the team and deserves his place in the team, while Andrea is a winner and has shown he has the mentality to compete with the best”, said Tom Steels.