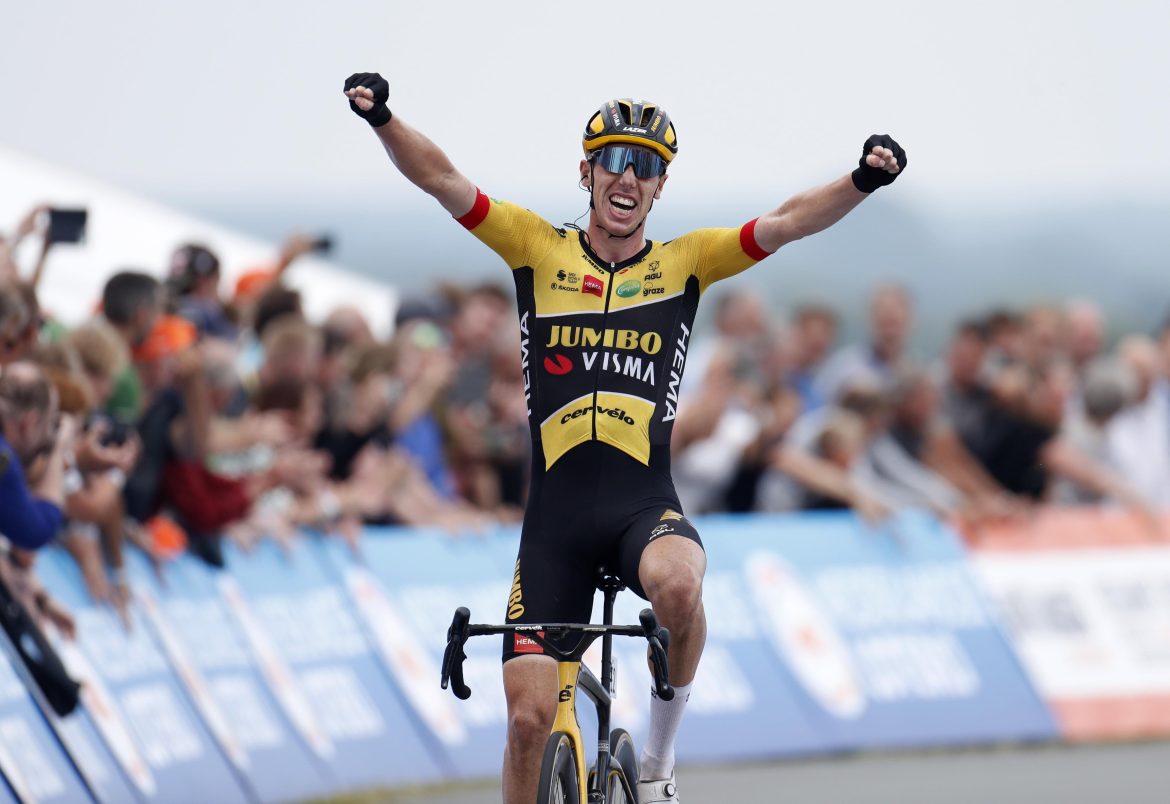 Pascal Eenkhoorn is the new Dutch road champion. The 25-year-old rider of Team Jumbo-Visma beat Daan Hoole on the Col du VAM and was allowed to put on the red-white-and-blue jersey on the podium.

An eager Tom Dumoulin showed himself in the beginning. After about sixty kilometres, he was the instigator of a sixteen-rider front group. Besides Dumoulin, Sam Oomen, David Dekker, Mick van Dijke and defending champion Timo Roosen were also represented in this group. While Dumoulin dropped back to the chasing group, Mike Teunissen and Eenkhoorn moved to the front group.

Eenkhoorn was alert when Hoole attacked with more than twenty kilometres to go. The two grabbed a comfortable lead and held on to it until the finish line. Eenkhoorn and Hoole battled it out on the Col du VAM. Eenkhoorn won and took his first victory of the season. He took Team Jumbo-Visma’s victory tally to 25 this season.

“This is a dream come true. I was considered one of the favourites beforehand. To finish it off and go down in the history of Dutch cycling is really great”, Eenkhoorn said. “I had good legs today and jumped from group to group. I ended up in the front group and jumped along when Daan attacked. That was a good move.”

Once at the front, Eenkhoorn felt he could win the national title. “Daan said that I had to do longer turns. It meant he was riding on his limit. Going into the last lap, I knew the situation was so good that the team could rely on me finishing it off.”

Eenkhoorn is honoured that he is allowed to ride in the red-white-blue for a year. “For many cyclists it’s a dream to be able to train in this jersey every day. For me, it’s going to be a reality now. That’s really cool.”