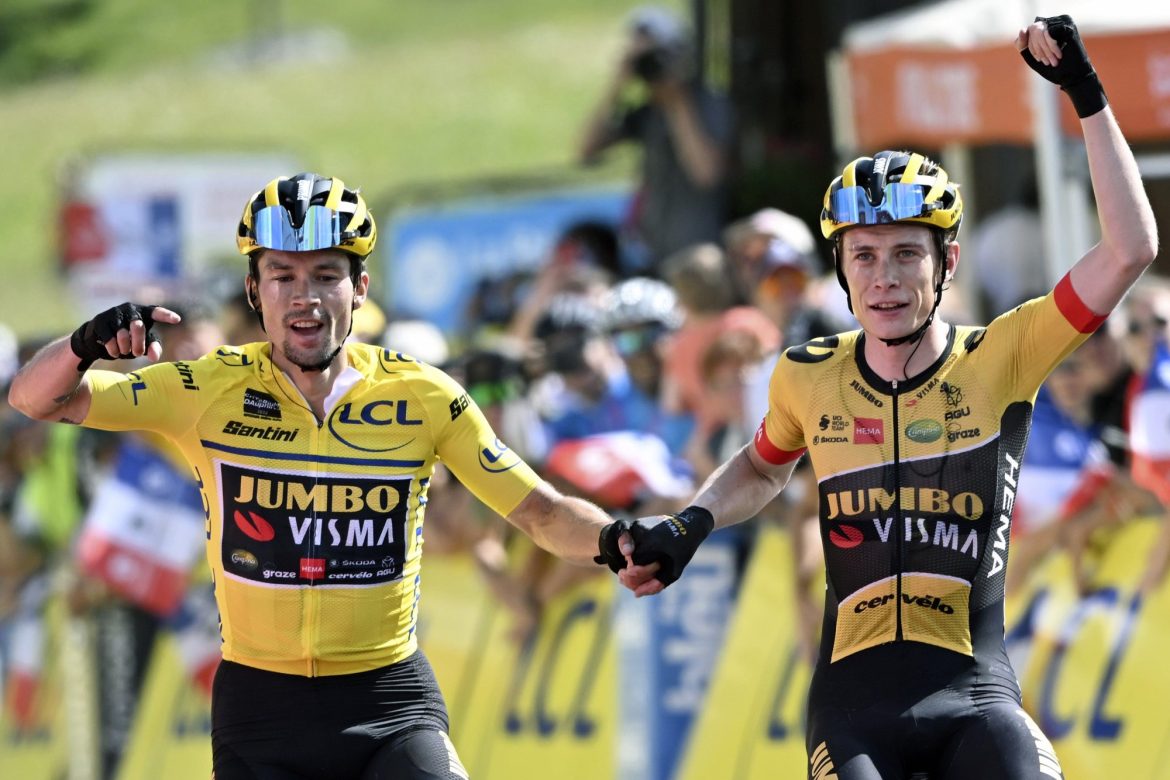 Jonas Vingegaard and Primoz Roglic have given an impressive performance in the queen stage of the Critérium du Dauphiné. The two crossed the line shoulder to shoulder on the final climb. Vingegaard won the stage; teammate Roglic took the overall victory.

Team Jumbo-Visma showed from the start that they had big plans. A group of fifteen riders never got more than a two-minute lead. The black-and-yellow brigade appeared with several riders at the foot of the final climb and opened the throttle once more.

After Christophe Laporte, Chris Harper, Tiesj Benoot and green points jersey winner Wout van Aert had done their work, it was Steven Kruijswijk’s turn. On the day’s last climb, the Dutchman rode at a scorching pace for kilometres on end and several riders from the now depleted peloton had to let go. A few kilometres from the top, Kruijswijk rolled out the red carpet for teammates Vingegaard and Roglic. The duo rode away and a few moments later they crossed the line together. Vingegaard won the stage, while race leader Roglic secured the overall victory. It took Team Jumbo-Visma’s 2022 victory tally to 23 wins. For Vingegaard, it was his second season victory; Roglic has already won four times this year.

“This is great. I can’t describe it any other way”, an elated Roglic said. “A beautiful day for our team. Everyone has ridden great. We can all enjoy this. I am thrilled with the final win in this Dauphiné. We also came here to prepare for the Tour de France. We are on the right track. We still have a few weeks to put the finishing touches. Hopefully, we can still improve a little bit. I am happy that I am no longer bothered by my knee injury. That gives me confidence in the run-up to the upcoming races. We will now enjoy this beautiful week, then rest briefly and train well with the team in Tignes.”

Vingegaard was delighted with the team’s success. “A wonderful day. We planned to attack with Primoz following me in my wheel. We wanted to see if it was possible to get rid of everyone. The fact that it turned out exactly that way is better than we had thought. We are proud of what we have shown here as a team. I did not have the best spring, but I think I am now on the way back. Last week I achieved a high level. That gives a lot of confidence for the coming weeks. I am thrilled with my stage win and second place in the general classification.”