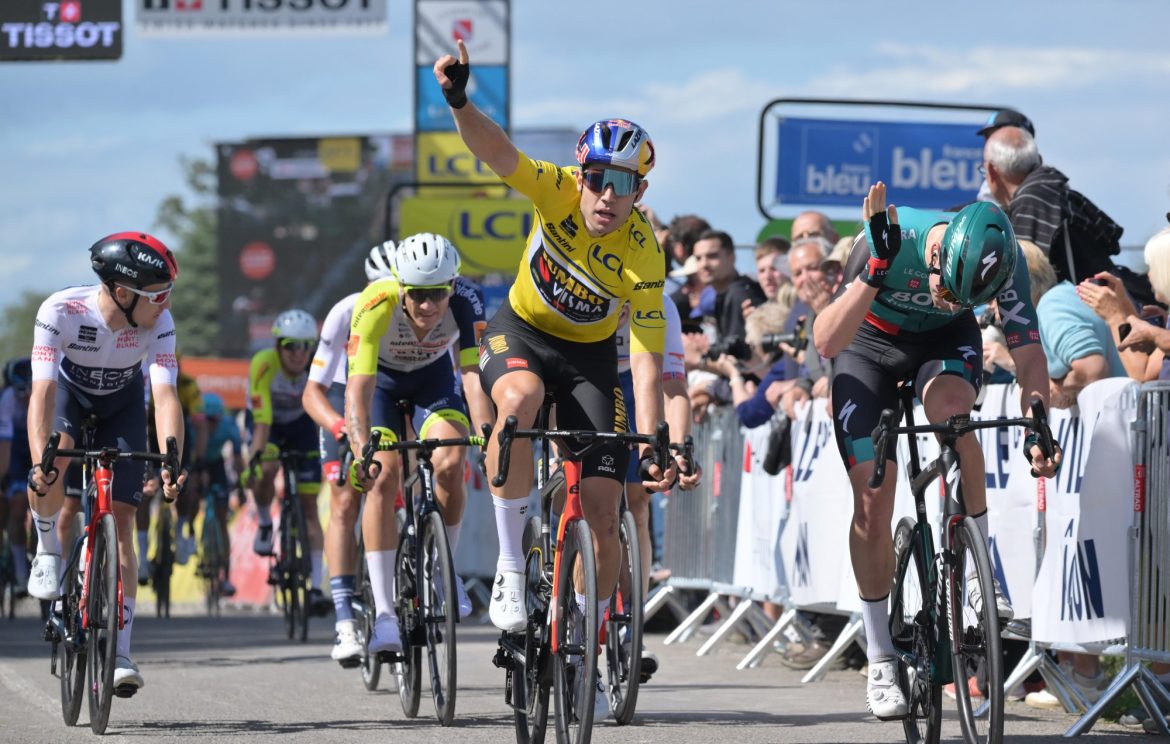 Wout van Aert has won for the second time in Critérium du Dauphiné. The leader in the general classification beat his compatriot Jordi Meeus in the sprint of a depleted peloton on the finish line. It was Van Aert’s fifth win this season and the nineteenth for Team Jumbo-Visma.

For a long time, it was questionable whether it would come to a sprint at all. The peloton only managed to pass the four early breakaway riders in the final metres. Team Jumbo-Visma and several other teams had to do their utmost to catch the breakaway riders in time. Chris Harper did the necessary leading all day long. On the final climb, at about twelve kilometres from the finish, Steven Kruijswijk, Tiesj Benoot, and others stepped up the pace.

Once the four escapees were caught, Christophe Laporte brought Van Aert to the finish line in an excellent position, and with an all-out effort, Van Aert narrowly beat Meeus.

“I’m super happy that I was able to reward the team’s work with the victory”, Van Aert said. “Christophe brought me to the finish in a good position. All the other guys made sure it didn’t come to a sprint. It started to blow, and partly because of that, it wasn’t easy to catch the escapees. Two days ago, I was beating myself up about not winning. Yesterday I could live with finishing second. Fortunately, I finished it off today.”

Van Aert doesn’t seem satisfied yet after his second win. “Tomorrow’s stage will be a tough one again. There will be a lot of riders interested in being in the breakaway. But we will not give up just like that. From Saturday, we will ride for Primoz and Jonas. The one-minute lead I have now will not be enough to compete for the overall victory”, Van Aert said.