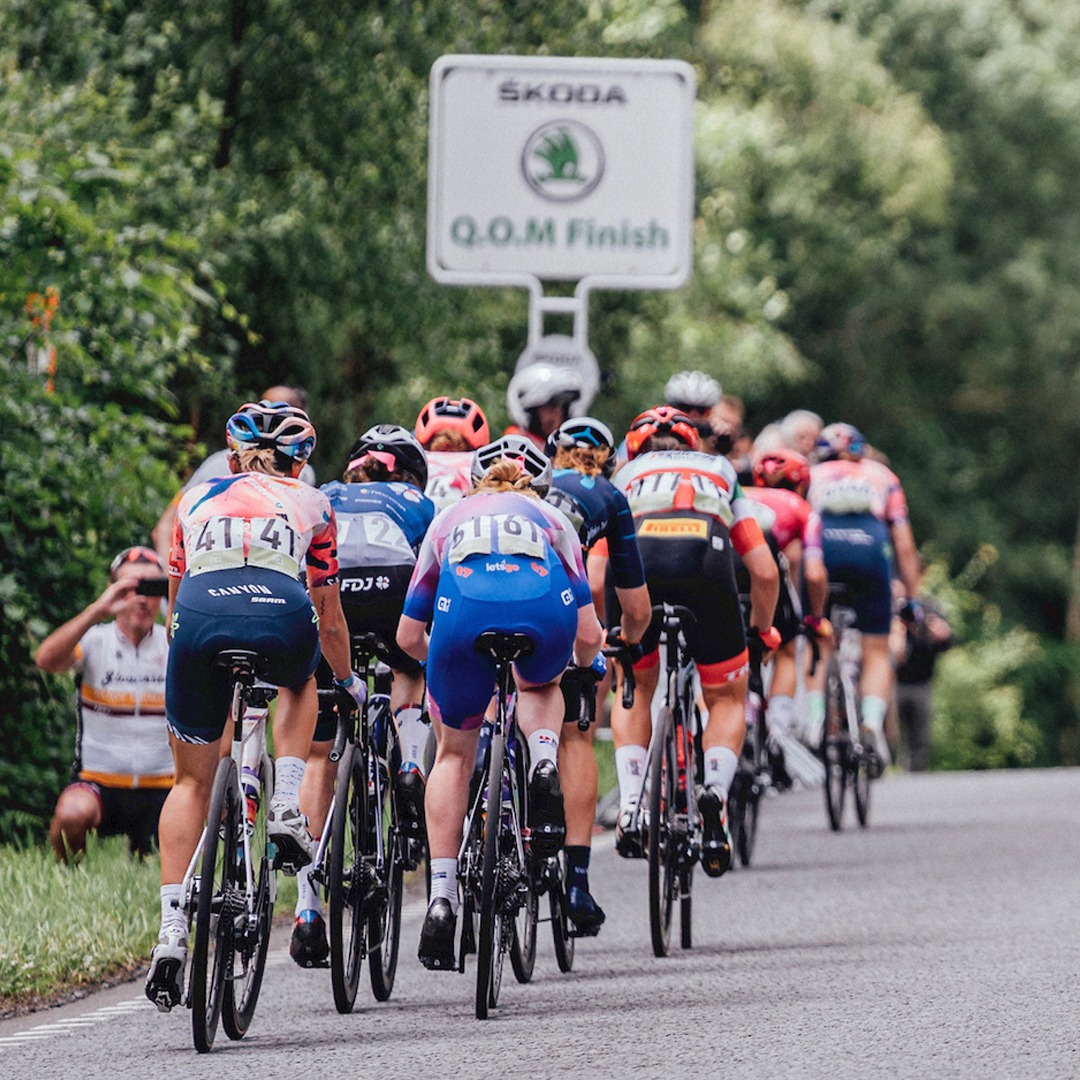 Lorena Wiebes made light of inclement weather and undulating terrain around the Forest of Dean in Gloucestershire to make it back-to-back wins in this year’s Women’s Tour in Gloucester on Wednesday.

The Team DSM rider once again proved that she is the fastest sprinter in the peloton as she capitalised on an impressive lead-out from team-mate and local rider Pfeiffer Georgi to comfortably take the victory ahead of Alex Manly (Team BikeExchange – Jayco) and Coryn Labecki (Team Jumbo – Visma).

Wiebes’ chances of doubling up appeared to be slim with 20 kilometres remaining, as she was dropped by the peloton under the pressure of Kasia Niewiadoma’s Canyon//SRAM Racing team on an uncategorised climb near Littledean. However, a lack of coherency in the reduced front group – which contained all of the pre-race favourites – allowed Wiebes and her DSM team-mates to rejoin the front group with nine kilometres remaining.

“Today was a hard stage, with attacks from the beginning of the race,” expressed Wiebes. “The girls did a great job reacting to them all. On the first climbs we were in good position and Leah [Kirchmann] and Franzi [Koch] kept the pace up because of the breakaway. On the second last climb I was with Charlotte [Kool] and Pfeiffer [Georgi] in the second group but when we started the last climb they brought it back to the first group. The peloton then split again and Megan [Jastrab] and I ended up in the group of chasers. Megan did a really strong effort to bring me back to the lead group and things then slowed. In the last five kilometres Pfeiffer and Megan came back to the front and did a great lead out in finale and I’m really happy to finish it off for them. I’m really proud of the girls again and all the work they did today. We will go all-in tomorrow to try and make it three.”

Team DSM coach Albert Timmer added: “I think we can be more than happy about today. It was a hard stage today and was not easy. On the last climbs it exploded completely. We had Megan and Lorena in the chasing group behind the 18 riders and Megan did an amazing job to help close it, it was really impressive, with Pfeiffer coming back in the last ten kilometres which was really nice. It meant we could do a proper lead out with Lorena finishing it off in style. I’m more than happy with the teamwork we showed today and of course the result at the end.”

Making a mark on the stage early on was Rijenna Markus (Team Jumbo – Visma) whose solo break lasted for 50+ kilometres, before being reeled by Christine Majerus (Team SDWorx) and Gladys Verhulst (Le Col – Wahoo) on the ŠKODA Queen of the Mountains climb of Speech House where the race behind started to fracture.

On the uncategorised climb that followed a group of around 15 riders joined Markus and Majerus at the front, but with no riders from Team DSM present, Wiebes’ team worked hard bringing the race back together with nine kilometres remaining, as a sharp downpour hit the race and Gloucester Docks finish area.

Majerus continues to hold the ŠKODA Queen of the Mountains jersey but is now equal on points with last year’s winner Elise Chabbey (Canyon//SRAM Racing) as the race heads to Wales, with two days of tougher climbs ahead.