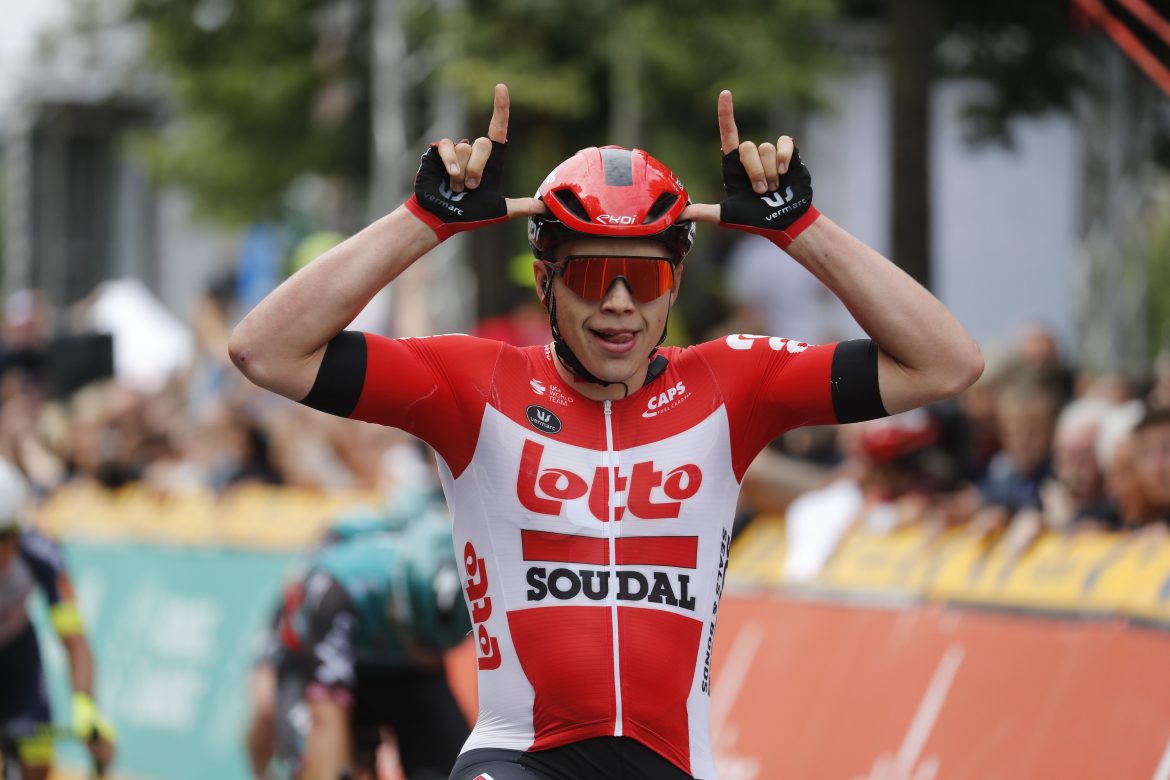 Two days after winning the Heistse Pijl, Arnaud De Lie has again shown his sprinting legs. The 20-year-old Belgian was also the fastest at the end of the Ronde van Limburg, a Belgian one-day race which was decided in a bunch sprint. De Lie finished off perfect teamwork of Lotto Soudal with an impressive acceleration on the uphill finish in Tongeren, taking his sixth victory of the season.

In the Ronde van Limburg, the peloton covered just over 200 kilometres on undulating roads between Hasselt and Tongeren, where three local laps of 24 kilometres each would prove decisive. Pretty soon in the race, the sprint teams took control, aiming for a bunch kick at the end. And so it happened on the slightly uphill finish in Tongeren. Lotto Soudal protected its sprinter perfectly in the final and that way, De Lie could enter the final corner in third position, on the wheel of Sam Bennett. The young Belgian launched an impressive kick to the line and sprinted in an authoritarian manner to his sixth win of the season.

“This is unbelievable, I’m winning the last three races I started in, I can hardly believe it”, said Arnaud De Lie. “And what a team performance it was again. The team was truly impressive today and rode their hearts out for me all day long. So I am really happy to reward them with this win.”

A crash in the final kilometres made for a chaotic final, but De Lie remained focused towards the sprint.

“The Bora-Hansgrohe train was also really strong today and in the final I could position myself in the wheel of Sam Bennett thanks to earlier work of my teammates. I stayed focused and entered the final corner in third position. Then it was just the case of going all out until the finish. I really like uphill finishes like these. I love these kind of power sprints, where’s it’s all about the watts.”

For De Lie, it is the third victory in eight days’ time, following earlier wins at the GP Marcel Kint and Heistse Pijl.

“During Circuit de Wallonie, I didn’t feel great but since then the shape is only going up. To be honest, I felt even better today than Saturday in the Heistse Pijl. This is really promising for the next races”, concludes Arnaud De Lie.