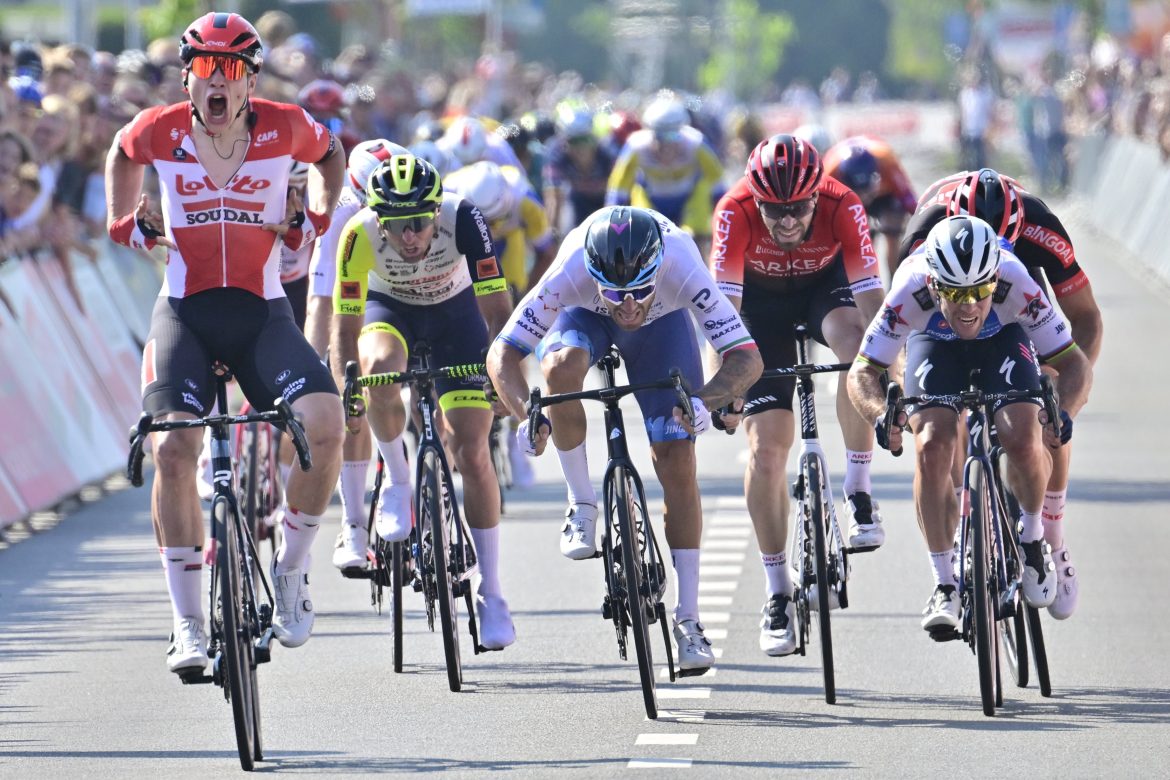 Lotto Soudal rider Arnaud De Lie has won the Heistse Pijl in impressive fashion. The 20-year-old Belgian beat Italian Giacomo Nizzolo and the Brit Mark Cavendish in a chaotic sprint. For neo-pro De Lie, it’s already his fifth win of the season. That way, he puts his team’s win tally at eighteen.

With six local laps of fifteen kilometres in Heist-op-den-Berg, the crucial point of the Heistse Pijl was to be found at the end of the race. A short but sharp cobbled climb, just one kilometre from the finish, broke the flat nature of the course and it was also there where the Heistse Pijl was decided. After some fine team work, Arnaud De Lie began the final ascent in perfect position and responded to the attacks, which put him in an excellent position towards the final sprint. Nizzolo launched the sprint but it was De Lie who passed the Italian with a powerful acceleration and took his fifth win of the season. With Nizzolo in second place and Mark Cavendish in third, De Lie was flanked on the podium by two top sprinters.

Of course, De Lie was over the moon with a new victory. “This is just incredible and feels like a new step in my career. The team executed the plan just perfectly. I was perfectly positioned on the final climb of the Heistseberg. I just followed the attacks and took my responsibility to hold the pace towards the finish. When Nizzolo launched his sprint, I got on his wheel, was able to pass him and so I won.”

“Following the GP Marcel Kint last Sunday, it’s great to have the Heistse Pijl on my palmares. For me, every race is important and I’m always at the start with the ambition to win. I know it’s not easy to win a race and that is why I am really happy that I can add Heistse Pijl to my list of victories. The fact that I am on the podium with world-class sprinters like Nizzolo and Cavendish is just incredible”, concludes Arnaud De Lie.