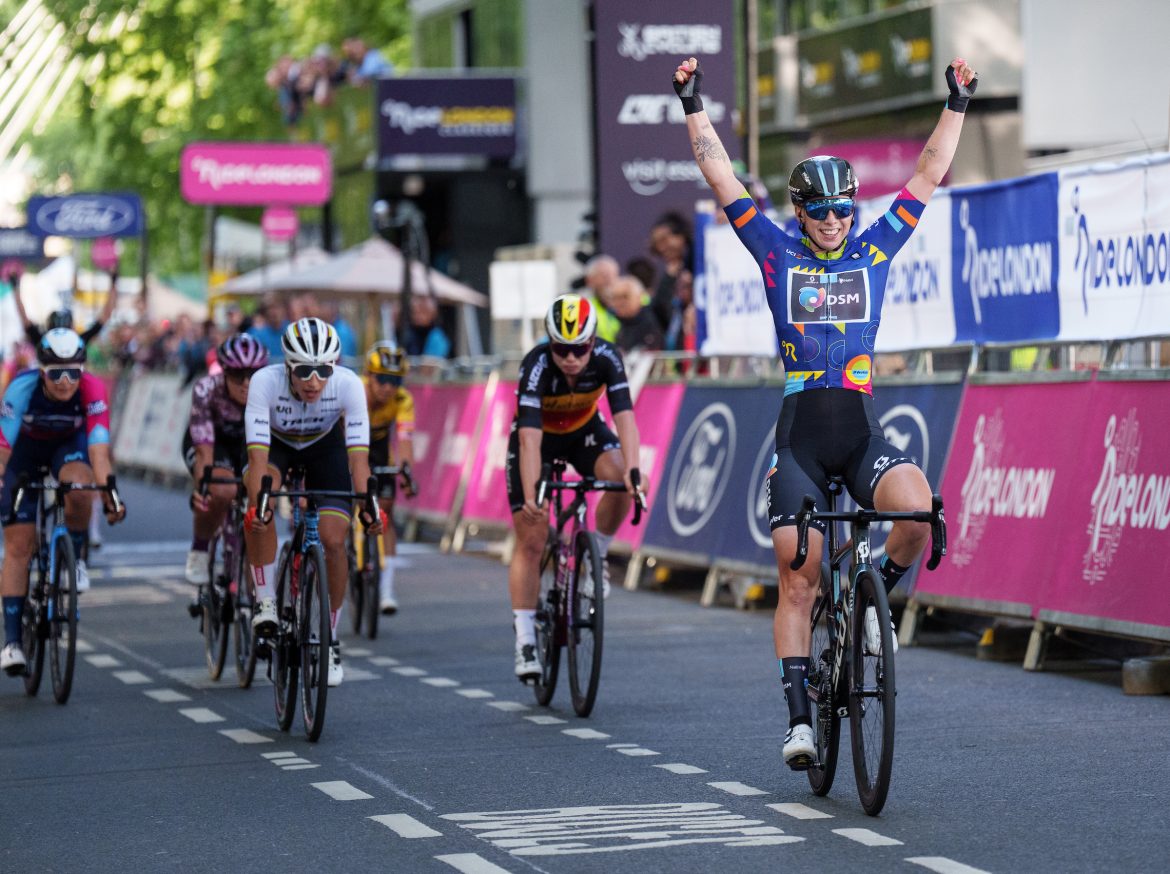 After dominating the opening two days, Team DSM and Lorena Wiebes tackled the streets of London this evening with the aim of making it three wins from three. In command throughout the race, the team worked superbly together through the technical circuit before setting up Wiebes for the finale who surged to the line, completing the hat-trick and claiming the GC crown with it.

The final stage of racing saw the peloton take on the traditional RideLondon Classique route from when it was a one-day race, with fast action around the streets of London, taking in some iconic landmarks along the way – although with the speed they were travelling, there wasn’t much time for the peloton to sightsee. Due to the nature of the course it made it hard for any breakaway to form, with the team riding well to patrol the front of the bunch and make sure that no dangerous move escaped. Despite a flurry of attacks it was all together as they heard the bell, with the team peeling off one-by-one on the run in to the line, positioning Wiebes perfectly, who came out of Charlotte Kool’s wheel with force to take the victory – rounding out an incredible three days of racing for Team DSM.