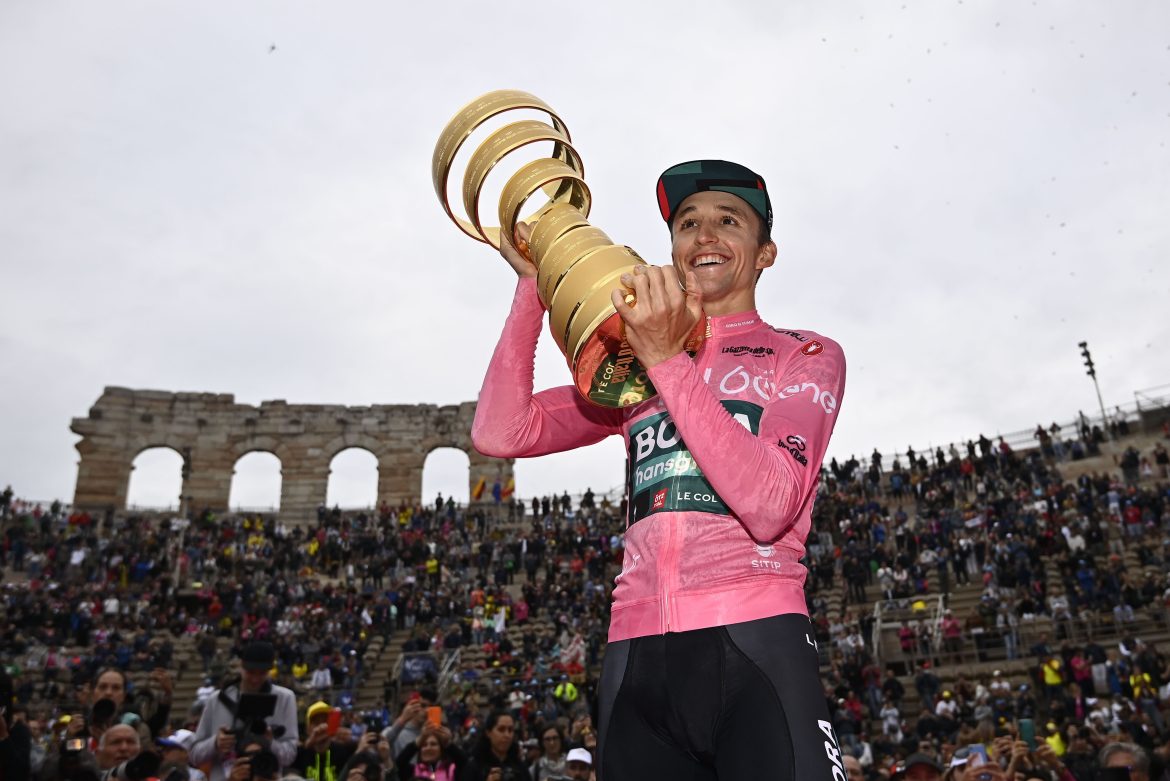 The winner of the Giro d’Italia, Jai Hindley said: “I had in the back of my mind what happened in 2020 and I wasn’t going to let that happen again. I was getting updates and I felt pretty good on the bike. So in the end I could take corners cautiously. I’m a proud Australian and I’m delighted to take this win home, being the first Australian to win the Giro d’Italia.”

Speaking seconds after the stage finish, the stage winner, Matteo Sobrero said: “It’s an amazing feeling. It’s our second ITT win after Stage 2 with Simon Yates. It’s the result of a great work in the off season. I gave everything in the second part of the race. It’s unbelievable to succeed to Filippo Ganna. I think he’s proud of me today, we’re big friends.”