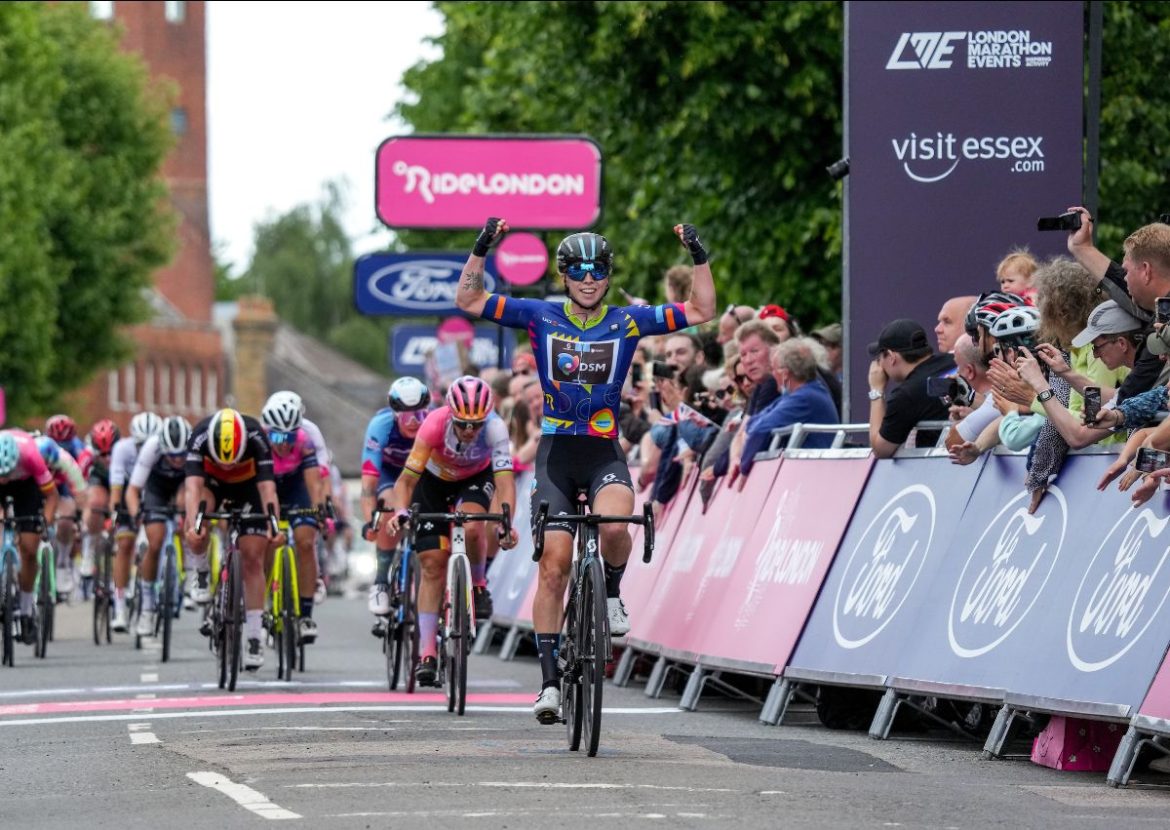 After a brilliant opening stage yesterday where Team DSM dominated and Lorena Wiebes took the sprint victory, the team set out with the plan to do the exact same today – and that they did, as Wiebes sprinted to another resounding win in Epping.

Controlling from the start with the GC leader’s jersey, the team did a brilliant job to ensure no dangerous groups escaped and instead one lone rider hit out. Riding well as a unit, Wiebes took more bonus seconds at the intermediate sprints after strong lead outs from the team and all eyes in the peloton turned to the punchy finale when the break was caught. Other squads threw the proverbial punches but the team were always able to react, and coming into the flamme rouge it was still all together. In a carbon copy from yesterday, Charlotte Kool brought Wiebes forward before she unleashed a dominant sprint to cross the line, making it two out of two for her and Team DSM at the race; building on that GC lead ahead of tomorrow’s final stage.