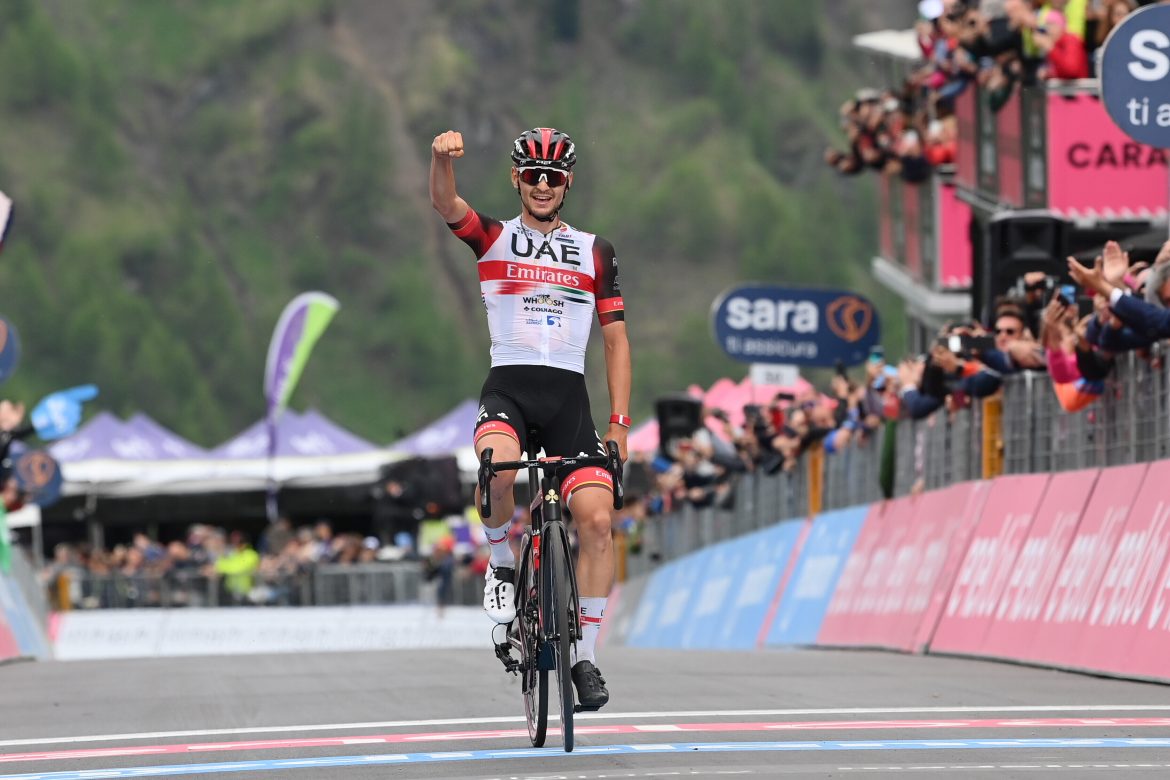 Speaking seconds after the stage finish, the stage winner, Alessandro Covi (UAE Team Emirates) said: “I came close to winning a stage of the Giro on two occasions last year. I wanted to win this year as well but I was racing for Joao Almeida who unfortunately had to leave the race. Today was an opportunity. I attacked from far away because I am not a climber. I rode pretty well in the last climb. It’s fantastic for the team to win a stage and particularly this one in the mythical mountains.”

The Maglia Rosa,Jai Hindley (Bora-Hansgrohe) said: “I knew it was gonna be the crucial stage with a brutal finish. If I had the legs, I could make a difference and I did. We saved ourselves for today and it went perfect. We had Lenny Kamna in the front. He was a great help when we caught him. He couldn’t have timed it better when he dropped back. It was an epic stage. It’s hard to say how a time trial will go at the end of three weeks of racing but I’ll die for the Maglia Rosa.”