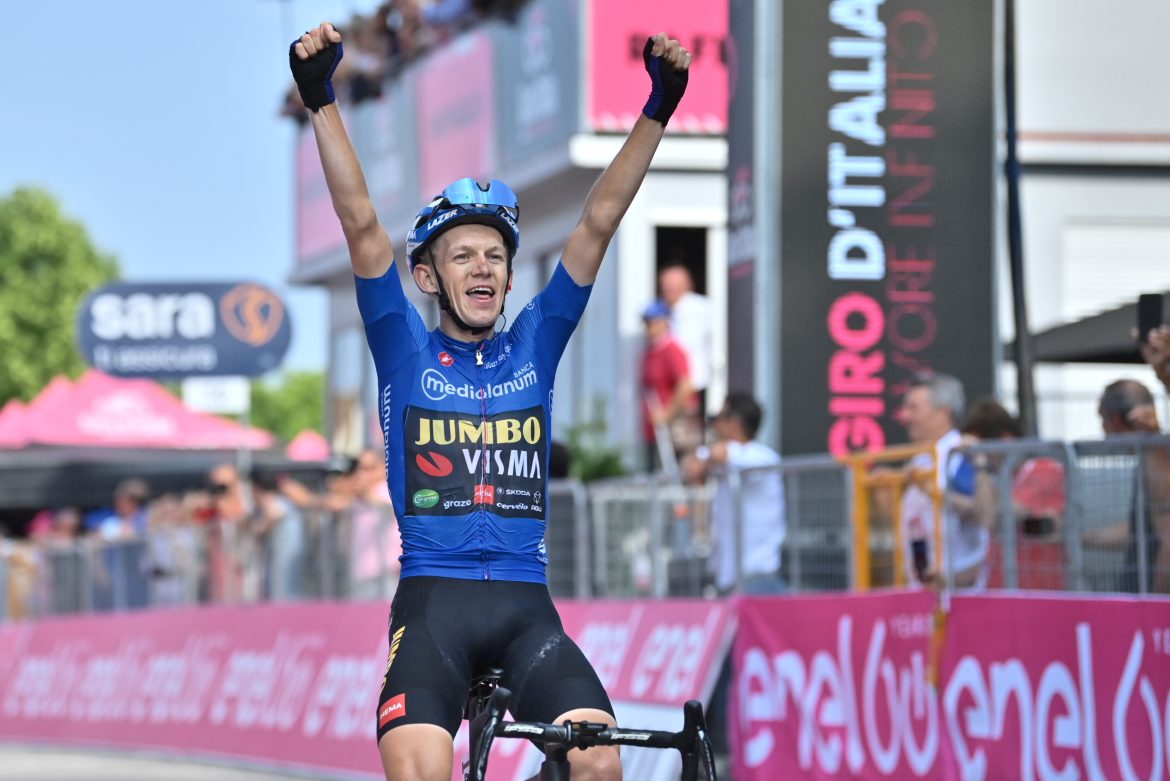 Speaking seconds after the stage finish, the stage winner, Koen Bouwman (Jumbo-Visma) said: “After I won one stage I said anything else would be a bonus. Today I rode for the Maglia Azzurra and I’m glad I secured it. I knew about the last corner but I didn’t expect it to be that sharp. I had to break but it’s great that I was in the best position there. That gave me the win. I’m delighted.”

The Maglia Rosa,Richard Carapaz (Ineos Grenadiers) said: “It’s been a pretty hard stage. It’s a pity that we lost Richie Porte early in the race but the team has done a great job and Pavel Sivakov is in a great shape. All top 3 riders, we’re together. It’s fine with me. Whatever happens tomorrow will be fine with me too.”