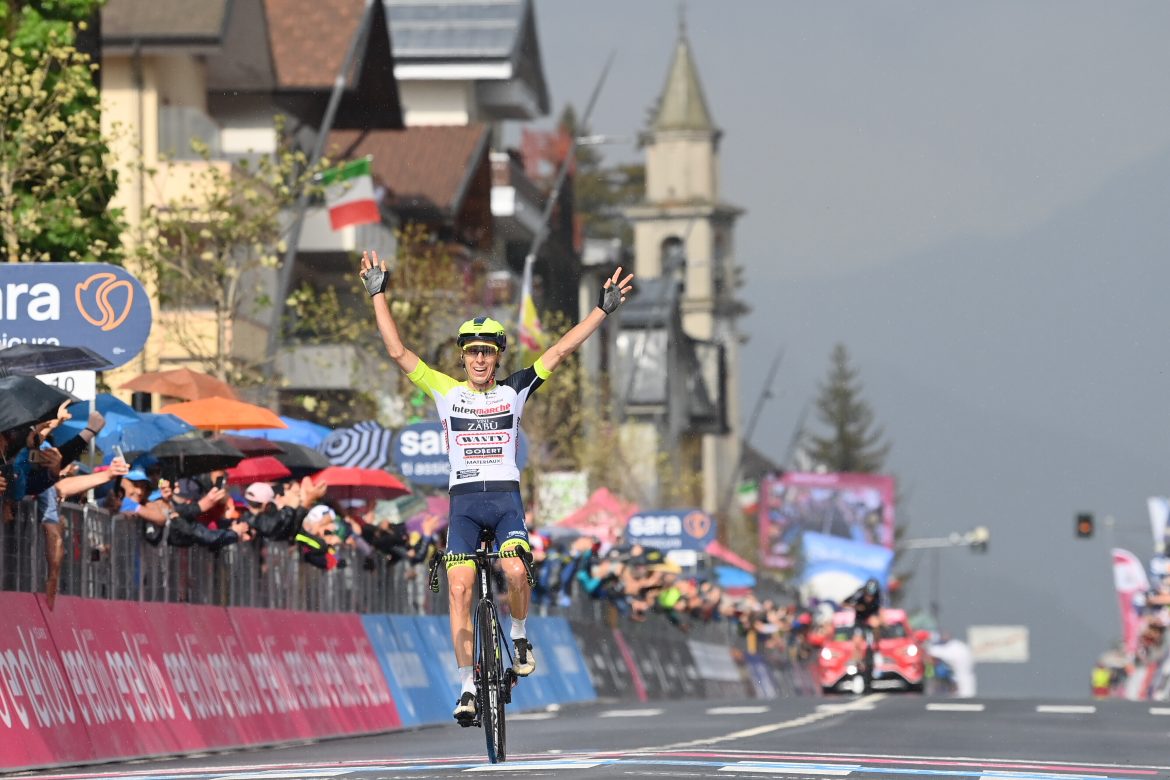 Speaking seconds after the stage finish, the stage winner, Jan Hirt, said: “I’ve had a few problems during the stage. My chain dropped, I cramped… but I never gave up. I’m glad I managed to go solo. I always said that my biggest achievement would be to win a stage at the Giro d’Italia and I could stop after that but I won’t stop now.”

The Maglia Rosa,Richard Carapaz, said: “It’s been a hard stage and at the end I’m happy. I thought I was going to win the sprint for third place. I eventually didn’t but it’s still a good day for me. I’ve lost a few seconds on Hindley but I gained more on Almeida so the balance is positive.”