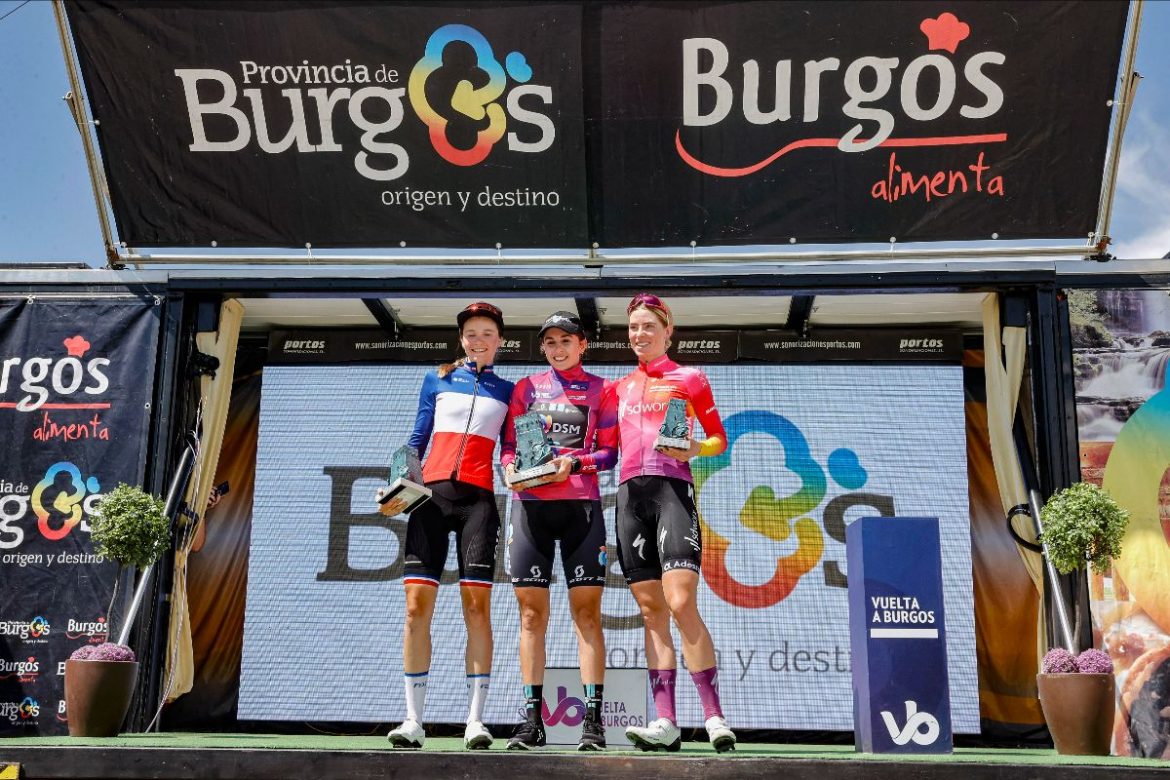 As the race rolled out from Covarrubias for the final day of action at Vuelta a Burgos Feminas, Team DSM had only one goal for the stage – set up Juliette Labous to have a tilt at the overall crown. Labous, who recently renewed her contract with the team, rewarded the team’s brilliant effort perfectly with an incredible ride to take second on the stage and with it the GC win.

It was a fast and nervous start to the day with a lot of attacks before things settled down, with Floortje Mackaij and Franziska Koch doing a great job to reel in the break ahead of the final climb. There, Esmée Peperkamp and Liane Lippert supported Labous for as long as possible, before the attacks flew at the head of the race. Pushing the power through the pedals and climbing with souplesse, Labous responded to every move and went on the attack herself, forging on in a lead trio. Under the flamme rouge she had to relinquish the wheel of Vollering but Labous dug deep, fighting all the way to the line to secure a brilliant GC victory – her first with Team DSM, and a sign of her continued development and upward trajectory with the team.