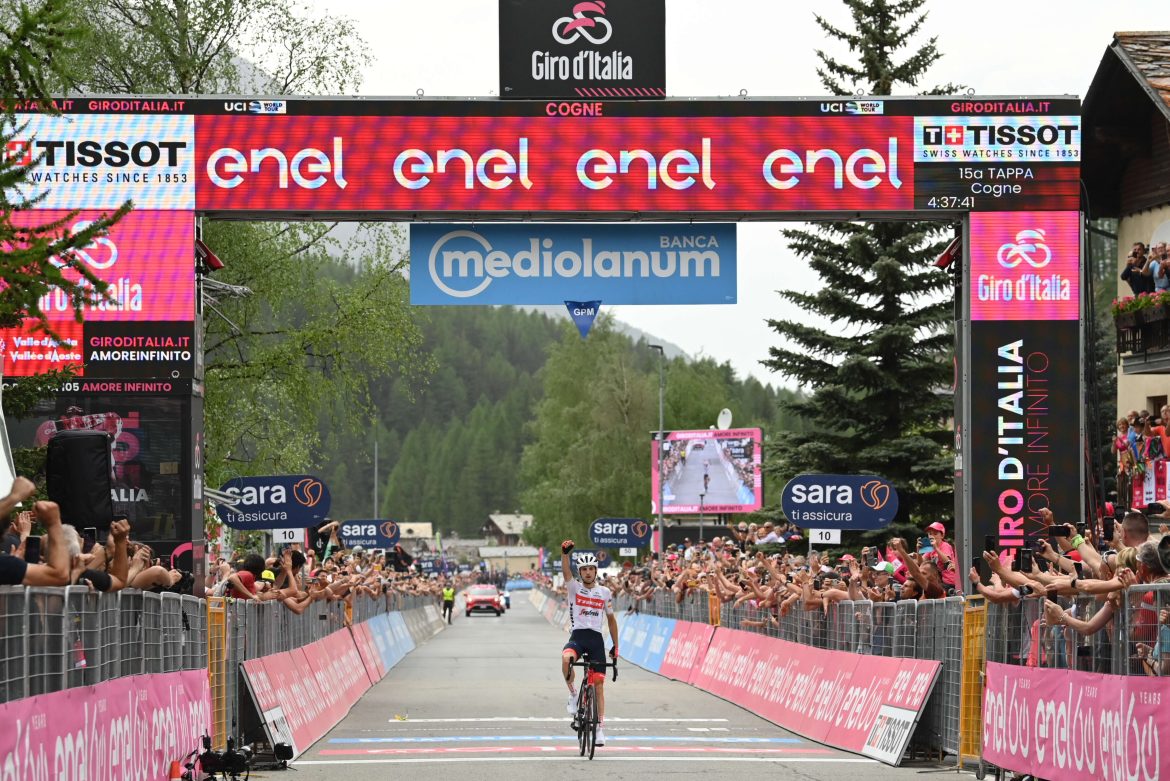 Speaking seconds after the stage finish, the stage winner, Giulio Ciccone (Trek-Segafredo), said: “This is my most beautiful win, it is better than the yellow jersey at the Tour de France, better than my first wins at the Giro because I went through difficult times in the past two years, with crashes, illnesses and Covid. Today I felt strong. I chose to attack solo with 19km to go because it was the steepest part of the climb and I wasn’t sure if I’d be able to drop everyone later on.”

The Maglia Rosa,Richard Carapaz (Ineos Grenadiers), said: “I had a small crash at the beginning of my first day in the Maglia Rosa but with no consequence at all. I just had to change bike. Then it went smoothly. The scenario of the race was pretty good. The first part was hard. Then we had it under control.”