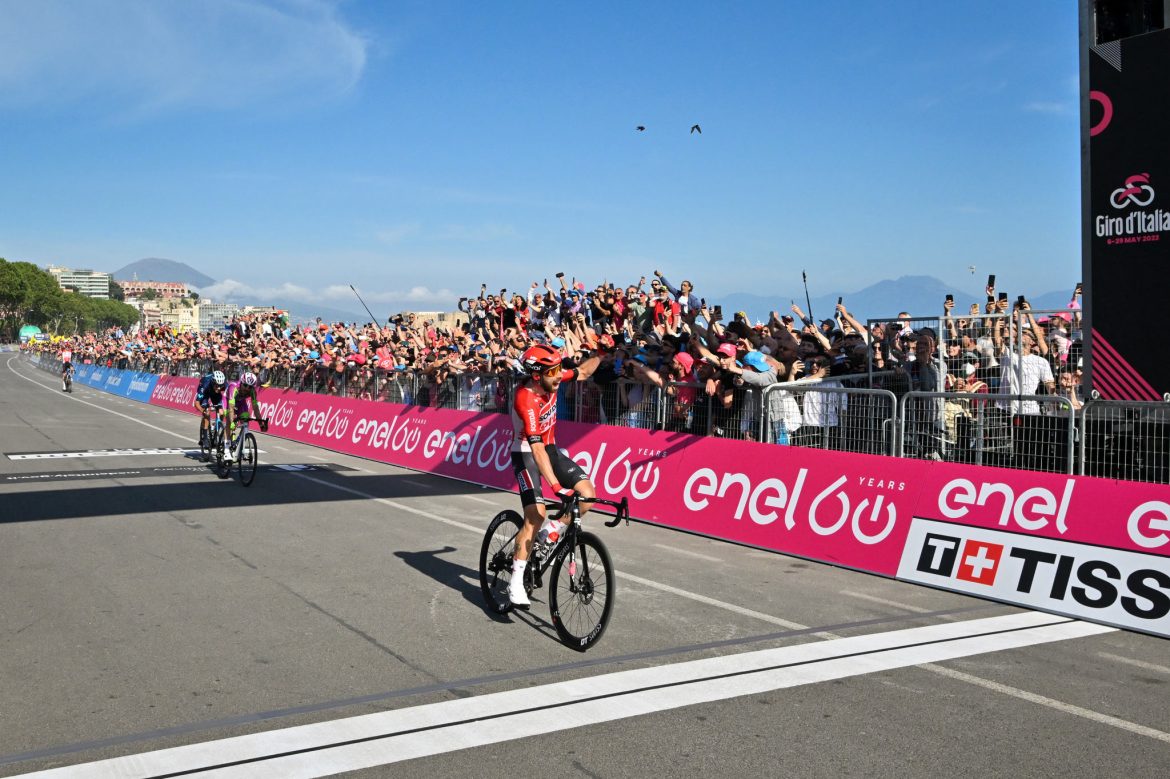 The Lungomare Caracciolo in Napoli, with an impressive crowd on a summer-like day, welcomed the second success in the Corsa Rosa, 10 years after the first one, by Thomas De Gendt (Lotto-Soudal). The Belgian rider won the sprint between four of the 21 riders who were part of the breakaway that started at the beginning of the stage, pushed on by Mathieu van der Poel. De Gendt, in the company of Davide Gabburo, Jorge Arcas Peña and his team-mate Harm Vanhoucke, anticipated the other fugitives by attacking 43km from the finish and resisting the return in the final of van der Poel himself, who tried in vain to take the lead in the company of Mauro Schmid and Biniam Girmay. Among the escapees, Guillaume Martin moved up on GC and now stands in fourth place 1’06” behind the Maglia Rosa Juan Pedro Lopez, who defended the lead despite numerous attacks launched in the final kilometres by Lennard Kämna. Tomorrow sees the second uphill finish of this Giro d’Italia at the top of the Blockhaus.