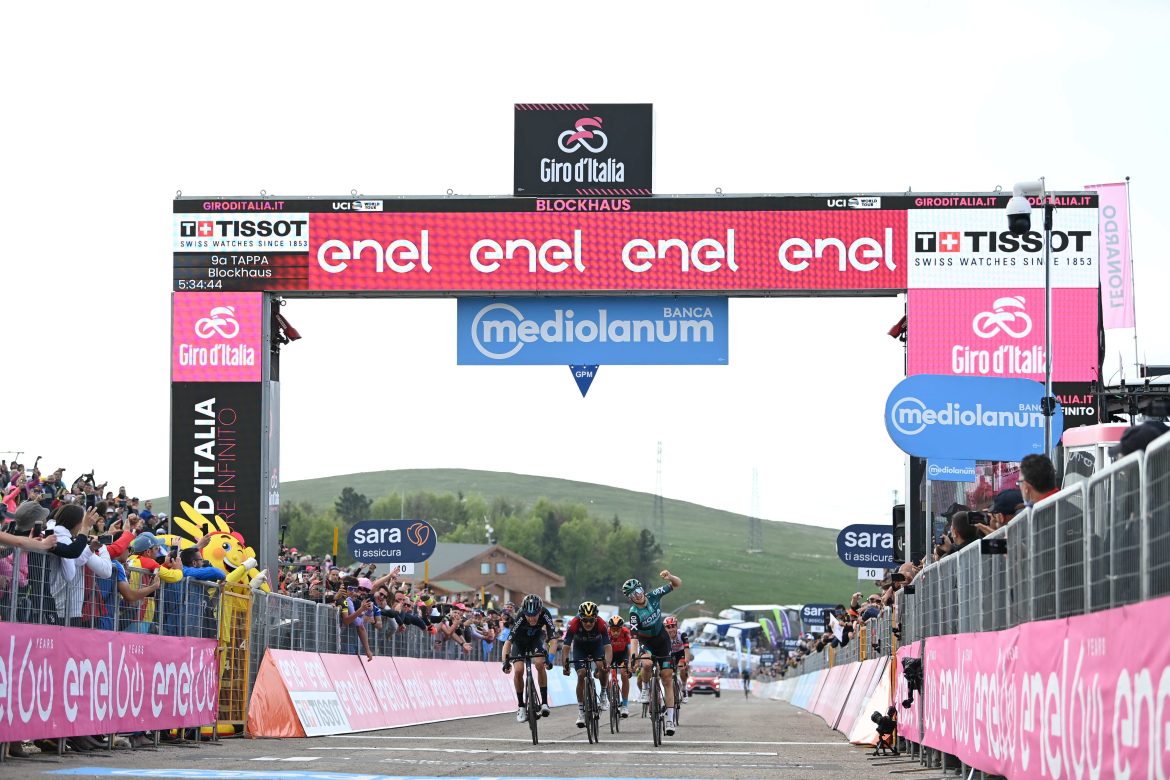 Speaking seconds after the stage finish, the stage winner, Jai Hindley, said: “I wasn’t feeling well the whole climb so I just tried to survive. I knew it was flattening a bit in the last kilometres. I also knew I had to take the last curve in first place. Then I gave it all. I went through hard times last year so… winning here… I’m lost for words.”

The Maglia Rosa,Juan Pedro Lopez Perez, said: “I want to say sorry to Sam Oomen because after we touched each other and I had to put one foot on the ground, I threw my bottle. When I came to my first Giro I didn’t expect to have the Maglia Rosa so it was hard to believe my soigneur who told me that I still have it. I’m very tired but luckily I have a rest day tomorrow.”