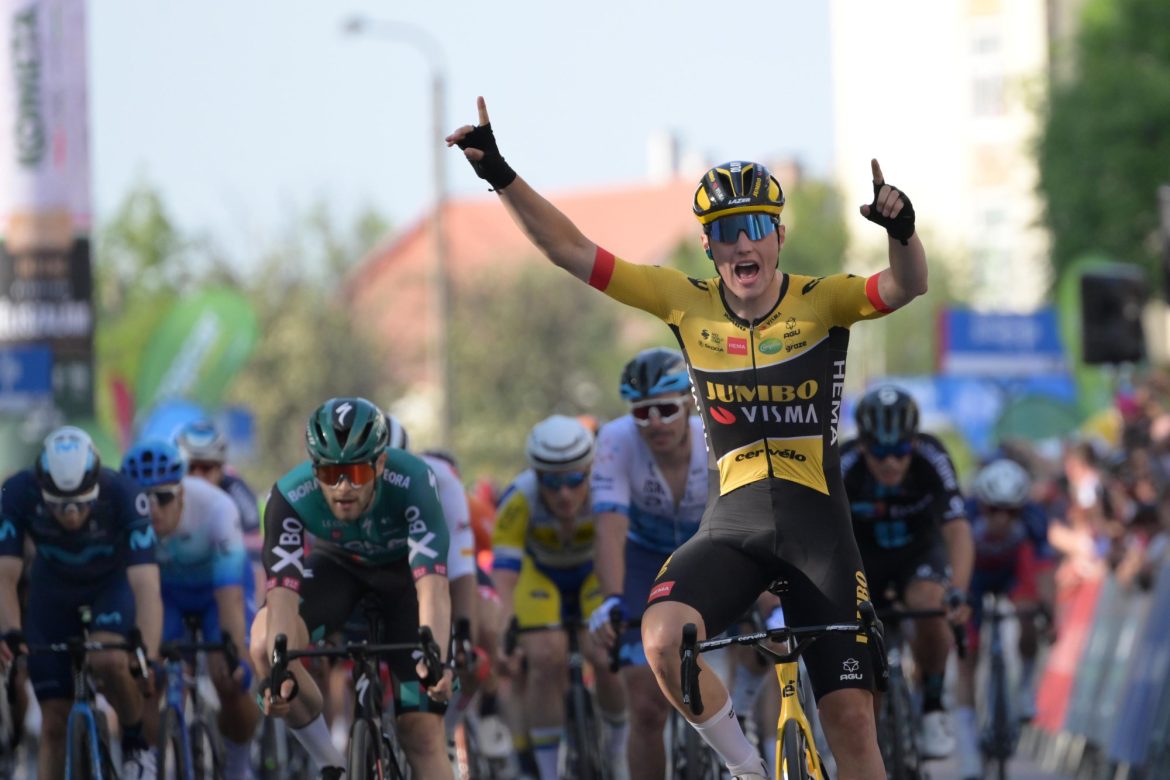 Olav Kooij has won the first stage of the Tour de Hongrie. The sprinter of Team Jumbo-Visma completed a perfect lead-out by his teammates. With his victory, the young Dutchman is also the first leader in the Hungarian stage race.

Kooij was obviously happy with his win. “It was a pretty quiet day, so you know it will be very hectic at the end. As a team, we took good positions in the final and the guys dropped me off perfectly. That allowed me to ride a good sprint, with victory as a reward. I had to go full speed because they came up fast behind me. With many good sprinters at the start, this victory is obviously very nice.”

The sprinters’ teams kept control throughout the stage. Four courageous attackers were only caught in the final kilometre.

With Loe van Belle and Owen Geleijn as Development Team riders, the entire Dutch team came out strong in the final.

Sports director Robert Wagner was proud. “It’s great what we showed here as a young team. The lead-out was almost perfect and went almost according to plan. Many of these guys are from our Development Team or have ridden on that team. As a sports director, it makes me extra proud. Olav proved that he can handle anyone in the sprint. This is a dream start. And there will be plenty of opportunities in the coming days.”