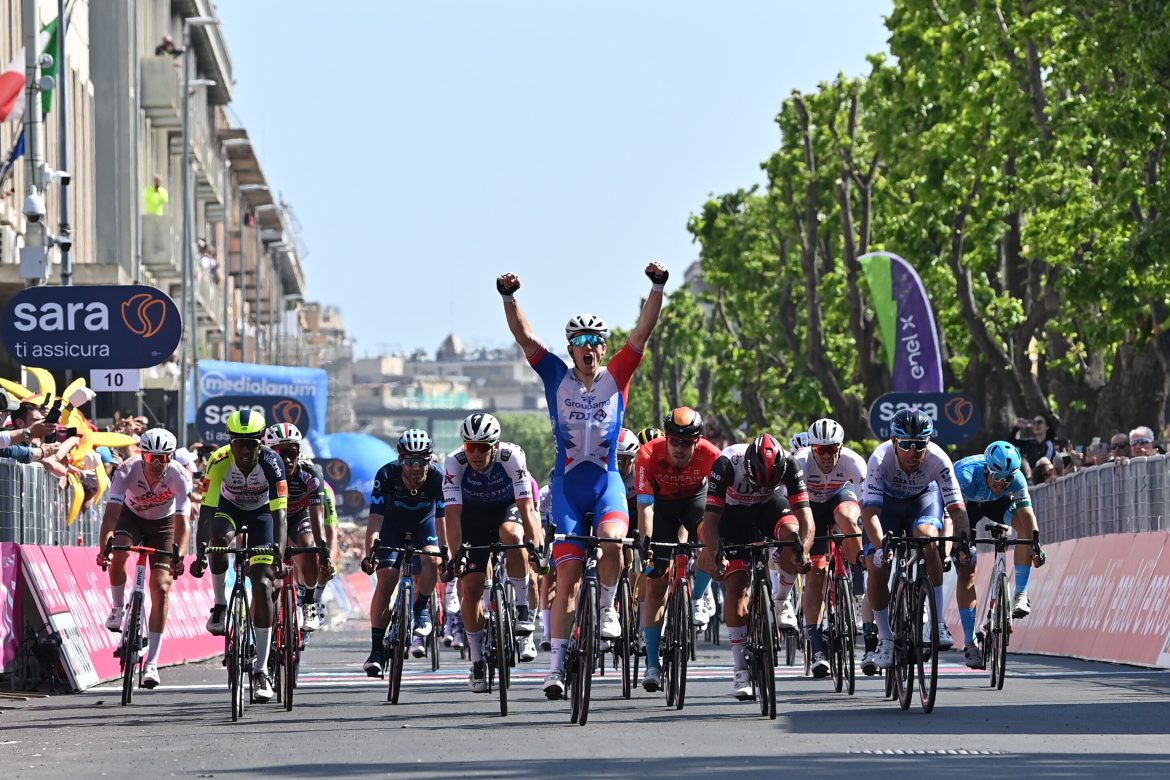 Speaking seconds after the stage finish, the stage winner, Arnaud Démare (Groupama-FDJ) said: “I’m super happy to win at the Giro. The sprint has been fluid from my point of view, even though it might have appeared chaotic. I’ve been patient before I launched the sprint. I lost a fair bit of time up the hill but my teammates have done a great job to bring me back quickly in the downhill. Then we worked hard to maintain Cavendish and Ewan behind. My victory today means that in cycling we must never give up.”

The Maglia Rosa,Juan Pedro Lopez Perez (Trek-Segafredo) said: “It’s incredible to have the Maglia Rosa. I still can’t believe what I’m experiencing. Today has been the most beautiful day of my life as a rider. I rode near the front towards the end to avoid any problems. I’m living a dream!”