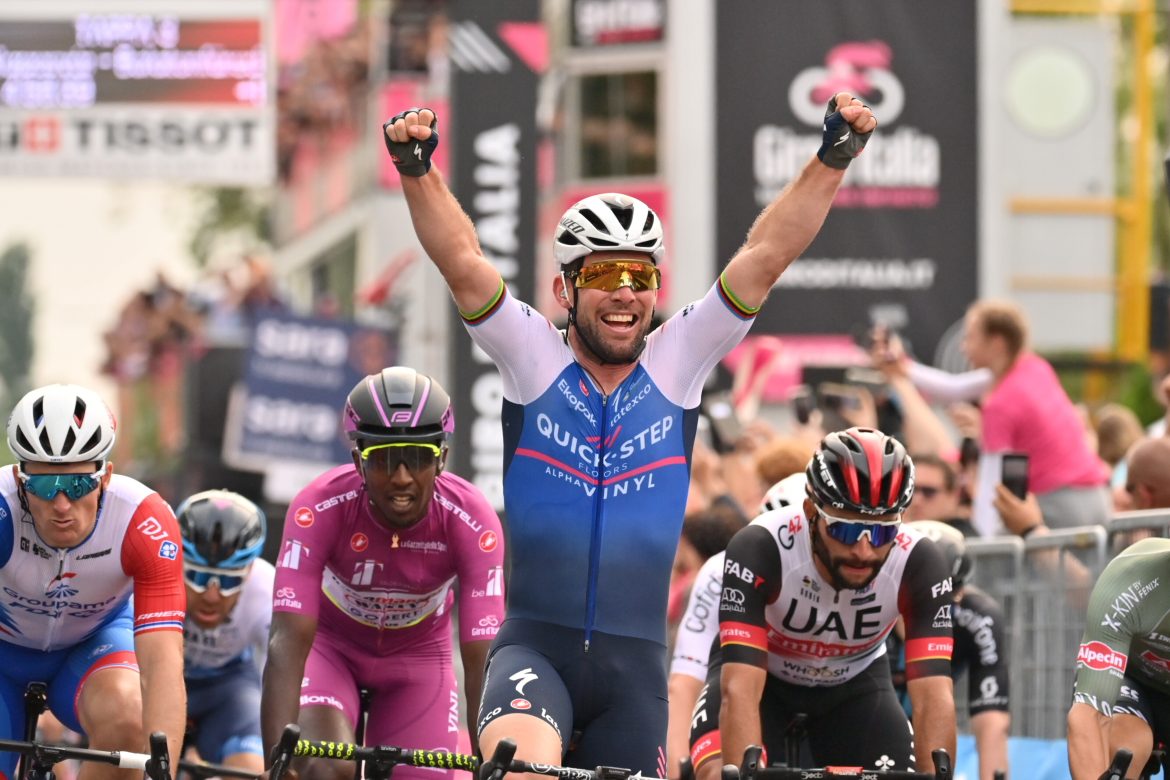 Speaking seconds after the stage finish, the stage winner Mark Cavendish said: “I’m very happy. It’s nice to win. I wanted to do good in the first sprint. We have half of the team for climbing and half of the team for the sprints here. My teammates rode incredibly well. We had a set up and they delivered. I had to go long at 300m to go. I’m happy it worked well.”

The Maglia Rosa Mathieu Van der Poel said: “We did a very nice job as a team. We gave Mareczko a good lead out. He lost a wheel at a roundabout and got boxed in. He has more chances in the coming days. I’m happy to bring the Maglia Rosa to Italy. It’s been an amazing past few days here in Hungary.”