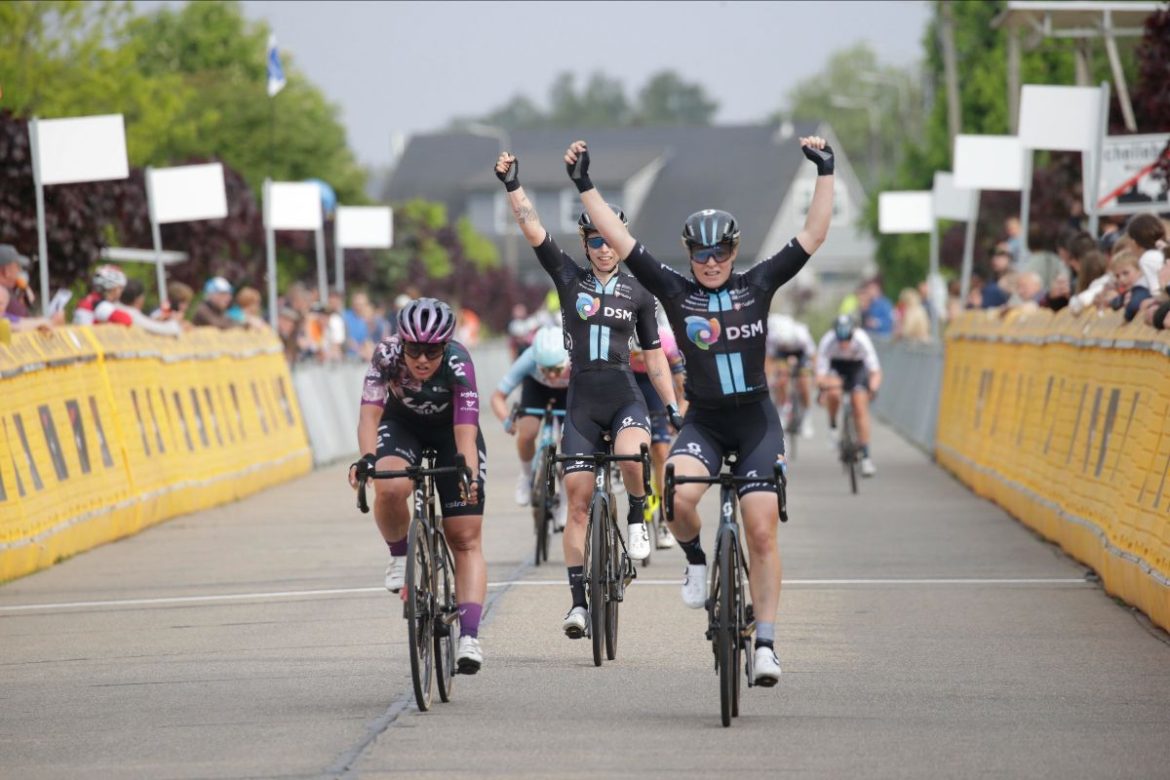 Making big steps in her development since joining Team DSM, fast sprint star Charlotte Kool showed her qualities this afternoon with a sublime sprint victory at GP Eco-Struct after being protected throughout the day and set up superbly by the team in the finale.

Controlling the race from the off, Team DSM were always in charge at GP Eco-Struct; whether that be through representation in dangerous attacks with Franziska Koch and Lorena Wiebes, or setting tempo at the front of the bunch through Esmée Peperkamp. The team had set out with the goal of setting up rising star Kool for the finale and with only one rider left on the attack heading into the finale, they were in prime position. Working brilliantly as a unit, the team caught the attacker and increased the intensity in the bunch, peeling off one-by-one in the lead out. Launching her effort in sight of the line, Kool showed her sprint qualities, romping home to a brilliant 1-3 for the team with Wiebes rounding out the podium. It’s Kool’s first win for the team and the Women’s program’s fifth of the season; while also making it a hat-trick of GP Eco-Struct wins a row for Team DSM.