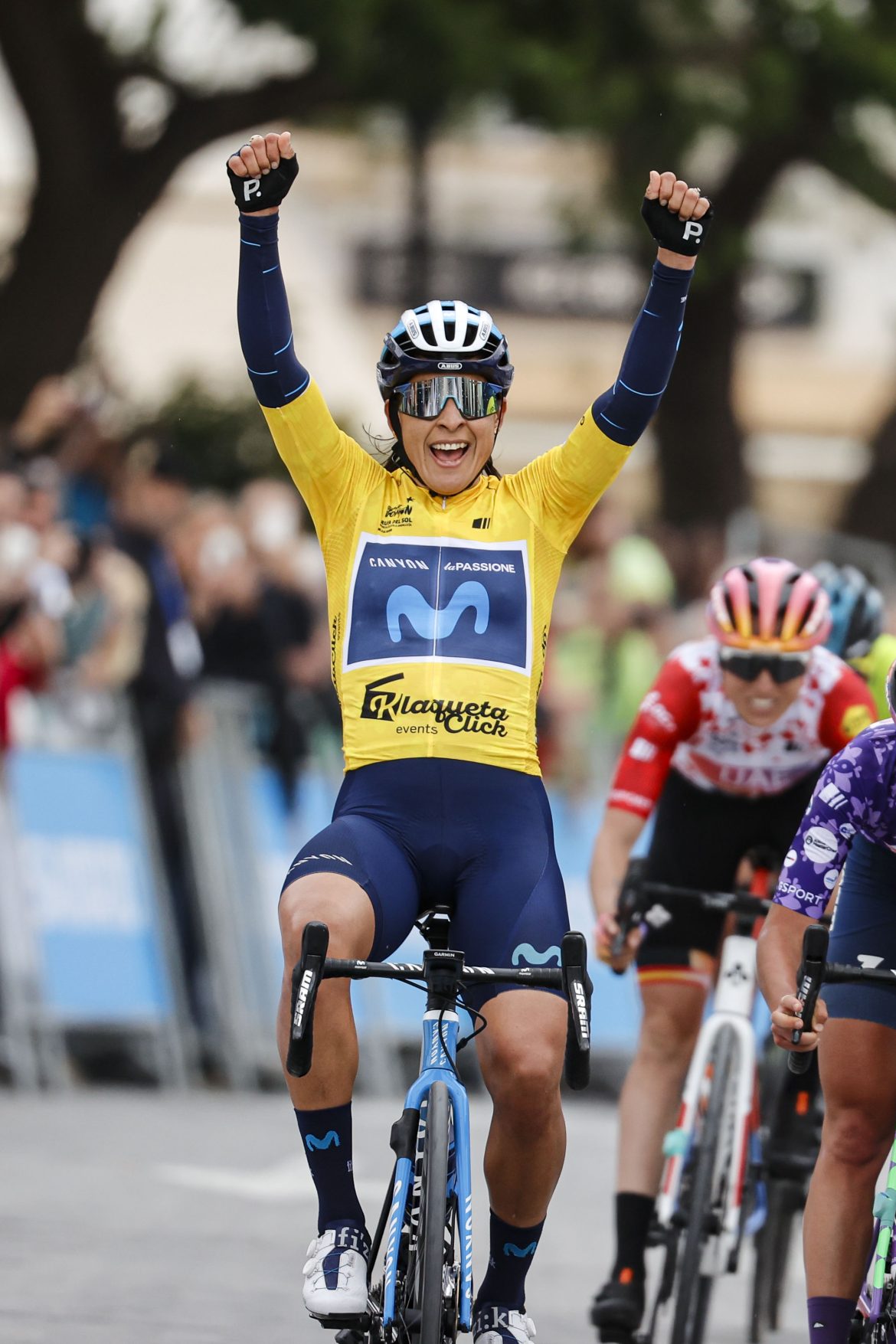 Telefónica-backed squad gets through two setbacks + a dangerous move from García (UAD) en route to Mijas to claim back-to-back sprint victories, close in on overall success with just one day to go

A path not free of obstacles, yet victorious all the same. Movistar Team showed again its form and character as the dominating team in the 2022 Vuelta a Andalucía, and led Arlenis Sierra into yet another success at the end of the 119km trek between Málaga and Mijas, the holder of the yellow jersey going through numerous setbacks en route to victory.

A series of crashes -which affected both Sierra and Katrine Aalerud, fortunately with no consequence for either- and a second incident where the Cuban champion and her team-mates had to swivel past a bidon and narrowly missed another crash, both conditioned the approach to the Alto de la Mar (Cat-3), the key point with 9km to go. A series of attacks from UAE – ADQ, including one from Sierra’s big rival, Spanish champion García, forced the Blues to use their full arsenal of resources. Gigante, Martín, Erić and most notably a brilliant Aalerud and Patiño -who remains in 4th overall- brought back the dangerous move and kept Arlenis well protected all the way to the finish so she could seal the success.

With no bonus seconds available in this race, the GC standings remain a tie between García and Sierra, who takes the Movistar Team up to 12 victories in 2022 -seven from the women’s squad-, a figure that could be increased on Thursday should they get safely through a long (139km), demanding final stage between Fuengirola and Castellar de la Frontera, over the Gaucín (Cat-1; 7km @ 7%) as biggest difficulty of the Ruta del Sol.

“Despite those two setbacks that I suffered -a silly crash, which forced me to stop and fix my bike, and then that bidon I was able to narrowly avoid-, and the energy it cost me to get back to the peloton (which I missed in the end), we as a team were able to keep the best position at the crucial points and climbs. I want to thank the whole group, because they did so well; the whole staff, mechanics, soigneurs — we’re so happy about what we’re achieving in this race. I know it will be a tough day tomorrow, but we’ll give our best and won’t surrender until the last finishing line.