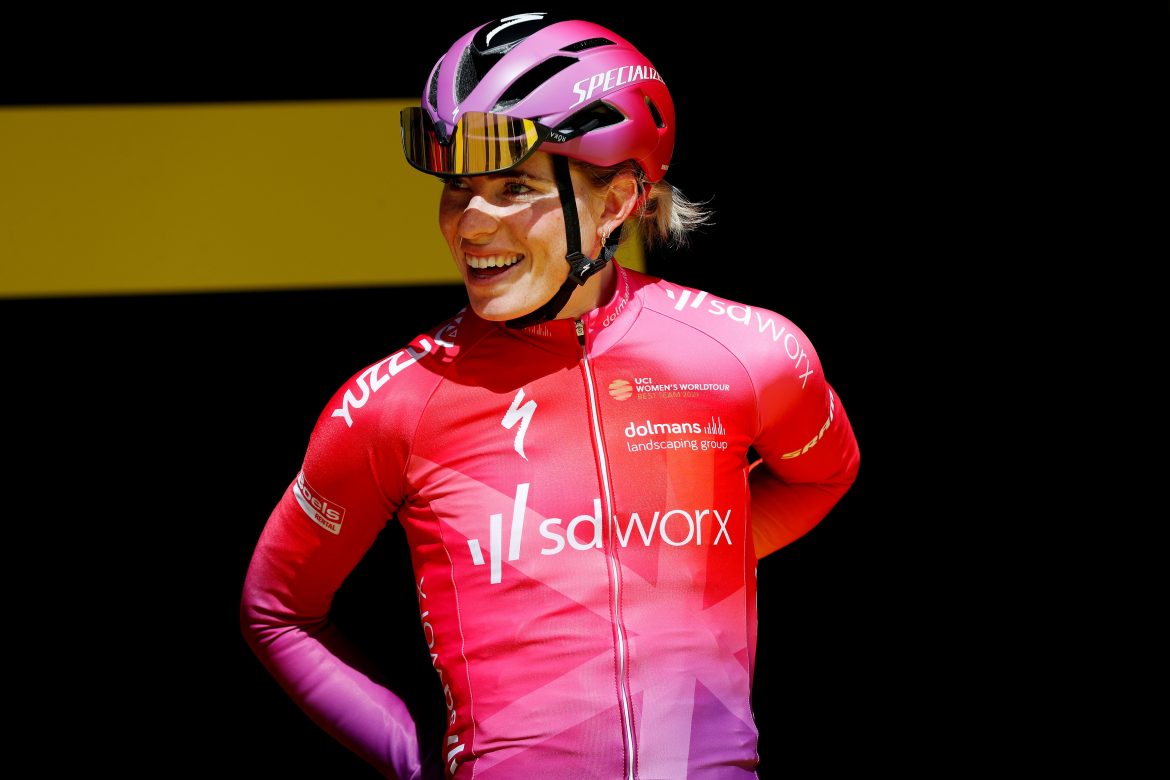 Leading European payroll and HR services provider SD Worx has extended its contract as main sponsor of the best women’s team in the UCI rankings until the end of 2026. “We want to pull out all the stops to maintain the leading position of Team SD Worx. In addition, by extending our sponsorship we want to help facilitate the further development of women’s cycling in general”, says CEO Kobe Verdonck.

Team SD Worx can look back on a successful spring with 15 podium finishes, including 5 victories in, amongst others, the Strade Bianche, the Tour of Flanders and the Brabantse Pijl. Just like last season, Team SD Worx is the world’s best team in women’s cycling and is the number one in the UCI team ranking. Reason enough for SD Worx to already break open the contract – which originally ran until 2024 – and extend it until the end of 2026. “This is a special collaboration,” says team manager Erwin Janssen. “In SD Worx we have found a main sponsor that shows enormous commitment to our team. The extension proves a lot of trust from SD Worx. We absolutely want to live up to that.”

The extended contract offers Team SD Worx the opportunity to continue building the team with a long-term vision. “Having certainty now for the next 4.5 years is exceptional in cycling”, confirms Janssen. “As a cycling team, it is very important that you can work on the future in peace and continuity. This is a long-term project. If you want to build and give top talent the chance to develop themselves, you need a horizon of four years. We have been number one in women’s cycling for six consecutive years. It is our goal to remain the best in the world for the next four years as well.”

SD Worx CEO Kobe Verdonck wants to help facilitate the further expansion of women’s cycling with this commitment: “Our company and our customers attach great importance to equal opportunities for everyone. By investing in women’s cycling we want to create an environment where top female athletes can develop themselves in the best possible conditions. We see a lot of common ground with the values of SD Worx. We are the European market leader in HR and payroll. Like us, this international cycling team goes all the way to win by having individual talent work together as a team. In recent years, we have seen an increase in the attention paid to women’s cycling, both by the media and the fans. There are more races and the prize money is being aligned with that of the men’s races. By extending our partnership until 2026, we are committing ourselves to the further professionalisation of women’s cycling.”

“We are linking our name to a sport that is growing and where team spirit and diversity are important,” continues Kobe Verdonck. “Of course, this sponsorship also helps us to build our international brand awareness. This is a successful partnership, where there is a great deal of trust between the sponsor and the team, hence the extension.”

Sporting manager Danny Stam emphasises that the extended contract with main sponsor SD Worx ensures stability within the team. “Ideally you want to work with a horizon of around four years,” says Stam. “Then you can work towards the future with young talent. In recent years we have consciously contracted young riders such as Demi Vollering, Niamh Fisher-Black, Anna Shackley and Blanka Vas, among others, so that we can invest in them in the first years. Especially now that women’s cycling is developing further and more big teams are joining, it is extremely important that we can offer continuity until the end of 2026. The fact that SD Worx broke open the contract early and extended it until 2026 is a sign of trust towards the team.”


Women’s cycling is evolving at a rapid pace. There are more teams, the tension is greater and with the arrival of races like Paris-Roubaix and the Tour de France, the attention for women’s cycling is growing exponentially. Team manager Erwin Janssen added: “The competition has increased. This team has played a pioneering role in the development of the sport. This was possible thanks to our sponsors Boels, Dolmans Landscaping Group and SD Worx, who offered us continuity for the past ten years. This has always enabled us to think one step ahead and anticipate innovations within the sport. This extended cooperation with SD Worx up to and including 2026 offers us the same stability and opportunity. And even better, we are going for the next step.”