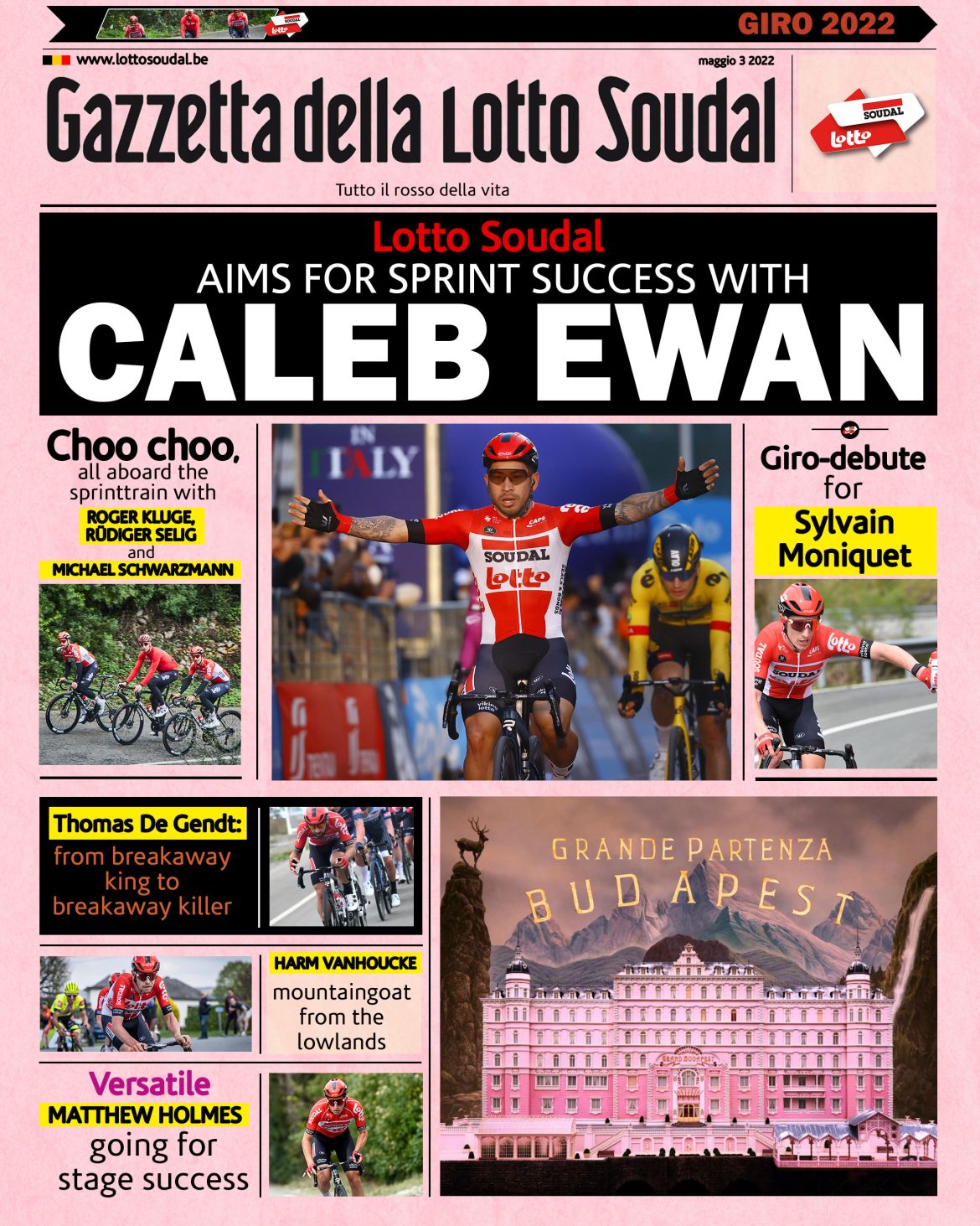 Lotto Soudal has announced its eight-rider squad for the 105th Giro d’Italia, which kicks off in Budapest this Friday 6 May. During the sprint stages, the Belgian WorldTeam is aiming for stage victories with the Australian Caleb Ewan (27). In his fourth appearance at the Giro, Ewan will be supported in the lead-out by the experienced Germans Roger Kluge (36), Rüdiger Selig (33) and Michael Schwarzmann (31). Thomas De Gendt (35) will be at the start of his sixth Giro, ten years after he finished third overall in Milan. The young Belgian climber Harm Vanhoucke (24) is aiming for a stage win as is the versatile Brit Matthew Holmes (28). Sylvain Moniquet (24) will be at the start of the Giro d’Italia for the first time in his career.