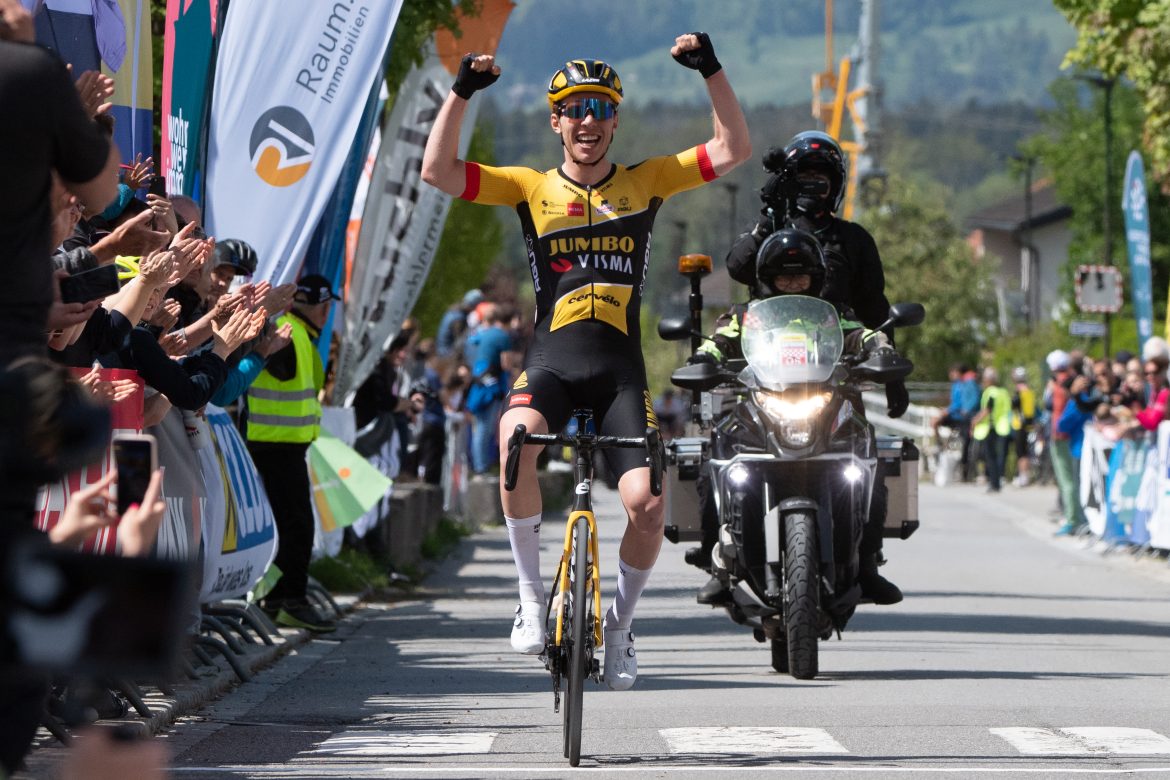 Johannes Staune-Mittet has won the GP Vorarlberg. The 20-year-old rider of the Team Jumbo Visma Development Team arrived solo in the Austrian race after an attack on the final climb. It was the team’s second victory of 2022.

In 2021, the Jumbo-Visma development team also won the GP Vorarlberg. That year Mick van Dijke was the fastest.

“It was a good race for us”, Staune-Mittet said. “We went into the race with the ambition to win. Rick Pluimers was in the lead all day, but it came down to the last climb. I created a gap there. My teammates slowed down and I could keep it up to the finish. We came here with an inexperienced team, so I think we can be very proud of how we rode today.”

Staune-Mittet recorded his first win of the season. His team announced earlier that the Norwegian will become a pro at Team Jumbo-Visma from 2024.