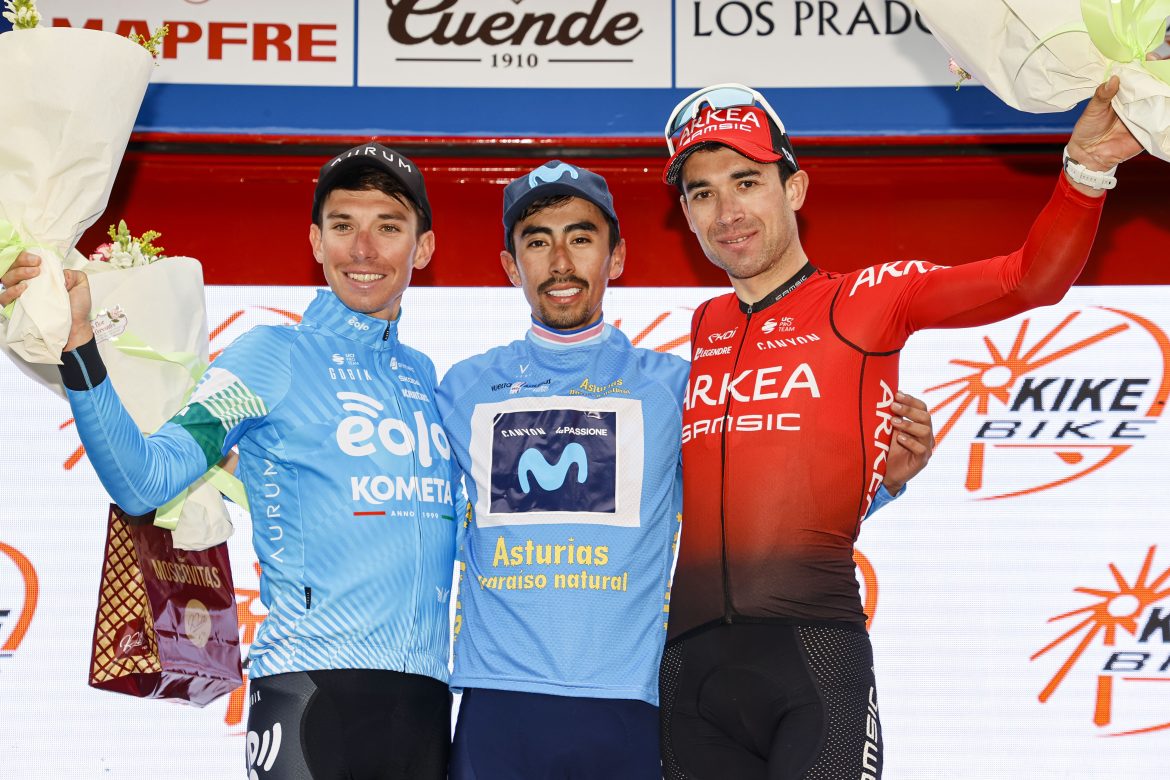 With the serenity and authority one can expect from a rider and team like them, Iván Sosa and Movistar Team sealed on Sunday their overall success in the 2022 Vuelta a Asturias with no chance left for the rivals at the Alto del Violeo (Cat-2), decisive point of the short (120km), intense stage three between Cangas del Narcea and Oviedo.

As Simon Yates (BEX) left his rivals behind en route to a second stage win, the squad managed by Chente García Acosta and Pablo Lastras focused its efforts over the final climb on taking care of the Colombian against any GC threat. The early work from Rangel and Elosegui and an excellent leadout from García Cortina and Rojas to the bottom of the ascent were continued by the work, up to the very finish line, by Sergio Samitier and Antonio Pedrero, who jumped across all moves after the climb and kept the group together until the finish at Uría street.

Thanks to this success, the Movistar Team’s ninth in Asturias in its illustrious history, Sosa claims his 19th pro win -sixth overall victory- and takes the Abarca Sports organisation up to ten victories in 2022 (five for their men’s team), bringing them hope for the Giro d’Italia, where the Colombian has set most of his hopes for this season.