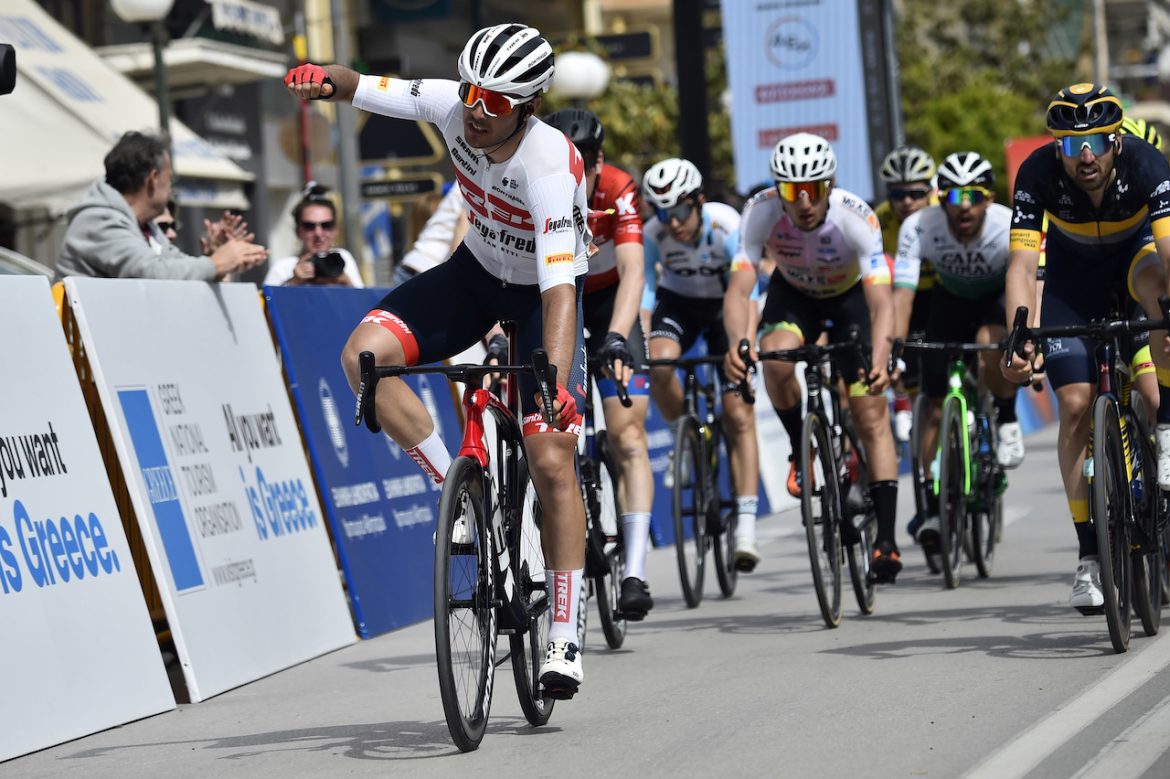 Matteo Moschetti’s wide grin at the finish said it all. The Italian easily out sprinted his rivals in the second stage of the International Tour of Hellas to claim his second victory of the season.
Trek-Segafredo is the only WorldTour team in the 5-day race, which often means taking control for a bunch finish is not cut and dried and a sprint ending never guaranteed.  But when the last attacks – one by teammate Filippo Baroncini – were neutralized by the top of the last climb, and Matteo was still in the bunch, Trek-Segafredo put full attention to its Italian sprinter. The last 10 kilometers were all downhill, and a sprint ending was almost certain. Matteo just needed to pull the last punch.
Making no mistake in the fast finish, and after a nice set-up from his team, Moschetti stormed over the line by over a bike length.

“On top of the last climb, around 10kms to the finish line, I was still in the front group, so we went all-in for a sprint. In the end, Markus (Hoelgaard) did a super nice lead-out and brought me to perfect position in the last 200 meters. I just did the sprint, and it was enough.”
“The last 3k for me was the easiest part of the race, but before that I suffered on the climb; I tried to survive.  I think we did a good job as a team.”

“Our mission is to win stages here. We have a young team here, but I think we are competitive and maybe in the last two days we can look to the GC too. Filippo (Baroncini) crashed today but Markus is still in good position in GC.”

Baroncini crashed at the start of the long downhill, and despite getting back on his bike quickly, never made it back to the bunch. He finished nearly one minute behind.