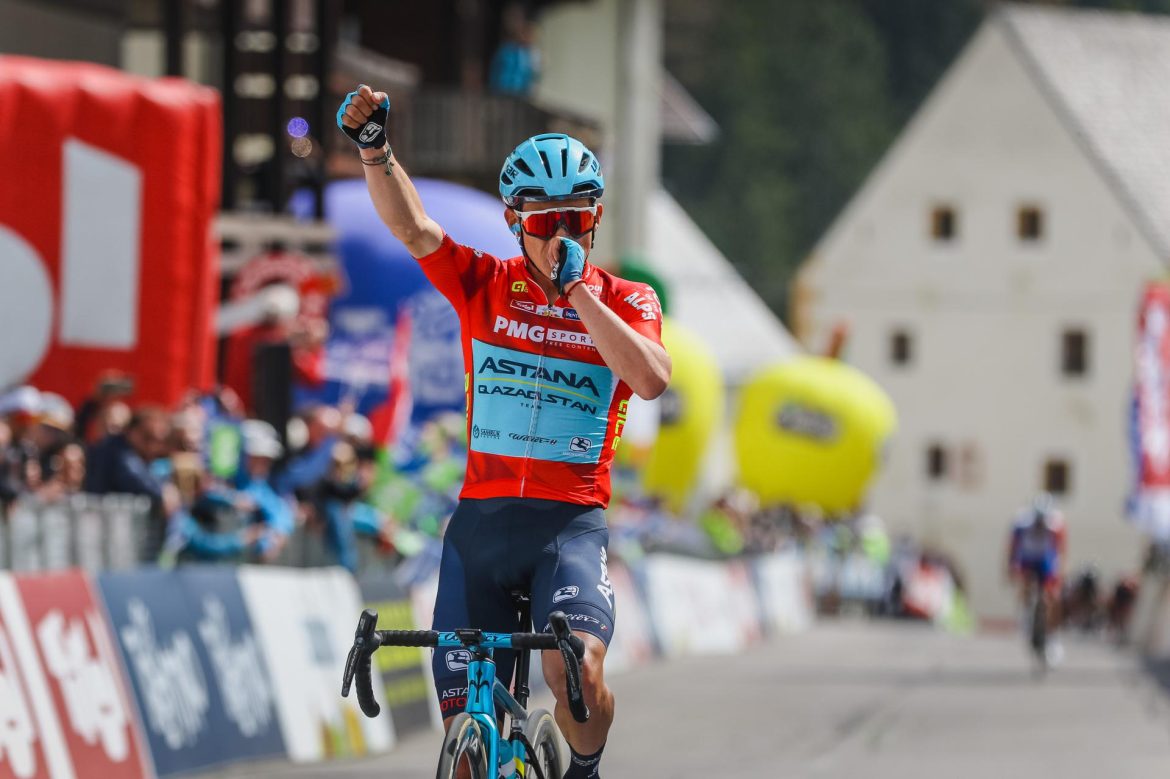 The Astana-Qazaqstan’s climber prevailed over Pinot in an uncertain and spectacular final by conquering the uphill finish in the Tour of the Alps. Bardet (3rd) takes 2″ out of the leader, Bilbao. Tomorrow is the grand finale in Lienz with 12 race rivals spread across 20 seconds.

Miguel Angel Lopez said it as soon as he arrived in Cles, “This Tour of the Alps has an uphill finish: I’ll have to try and exploit it.” The Colombian racer of Astana-Qazaqstan didn’t miss the target. He won the fourth stage of the Euroregional stage race, which started in Niederdorf/Villabassa, in Südtirol/Alto Adige, and finished in East Tirol (Osttirol), in Kals am Grossglockner after 142.4 kms.

This is the second stage win at the Tour of the Alps for the captain of Astana. The first was in 2018 on another uphill finish, in Trentino on the Alpe di Pampeago.

The “Superman” went on the attack with 3 km to go on the demanding stretch of the final climb. In his first big move, he made contact with Thibaut Pinot (Groupama-FDJ), who was riding in a breakaway for most of the day.  Lopez’s second big move was to shuck Pinot entering the final kilometer.

Fun fact: four years ago, Lopez won the stage just ahead of the transalpine rider in Pampeago. Third place today, Thursday, April 21, went to an always brilliant Romain Bardet (Team DSM), who, thanks to the bonus he gained at the finish line, moved up to just two seconds down from the Tour of the Alps leader, Pello Bilbao.

The Bahrain-Victorious rider will be at the start of the last stage, which starts and finishes in Lienz, with the symbol of primacy on his shoulders but with a large group of rivals ready to oust him. There are 12 pursuers spread over just 20 seconds – this situation makes this #TotA 2022 the most uncertain edition ever.