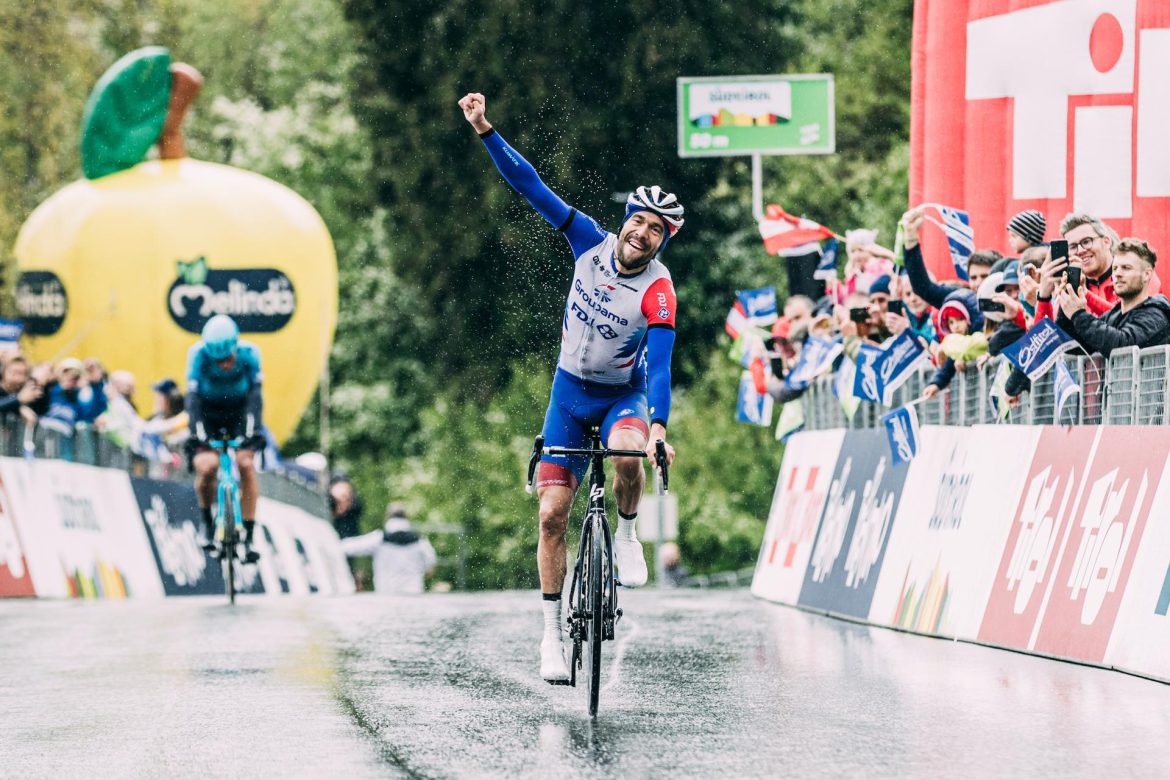 It was a spectacular final stage with start and finish in Lienz, that gave Frenchman Romain Bardet the ultimate victory in the 2022 Tour of the Alps. Fellow Frenchman Thibaut Pinot took his revenge after the disappointment in Kals am Grossglockner. Bilbao gives in on the Stronach climb to give France a day to remember.

Maybe it was destined to be for a race with #LiveUphill as its motto. In life, as in cycling, you should never give up because you never know what the next day may bring. And so it was in the 114.5-kilometre fifth, final, and decisive stage from Lienz to Lienz in the 2022 Tour of the Alps.

It was a finale with an exciting script, which saw two French talents take back centre stage after difficult seasons. Today’s stage told two different yet similar parables, that of Romain Bardet and of Thibaut Pinot – both of them stage race specialists from French cycling, both saddled with expectations and hope, and both able to deliver those upon occasion. Instead, destiny hands you a day of revenge when you least expect it.

That Romain Bardet was in an excellent form was evident on Monday at the finish in Primiero/S. Martino di Castrozza. He later confirmed it in consequent finishes, but the Team DSM athlete raced the first four stages without ever attacking. Only one attack on the very hard Stronach climb was enough for him to distance himself from the GC leader, Pello Bilbao (Bahrain-Victorious), and to take the Melinda Green Jersey at the finish in Lienz.

It was a victory of strength and cunning, bundled with teammate, Thymen Arensman’s, third place in the general classification, which strengthens the Frenchman’s position in advance of the Giro d’Italia. Michael Storer (Groupama-FDJ), who finished 14″ back from Bardet, joined them on the podium in second place, thus confirming how this 2022 Tour of the Alps was open until the very end.