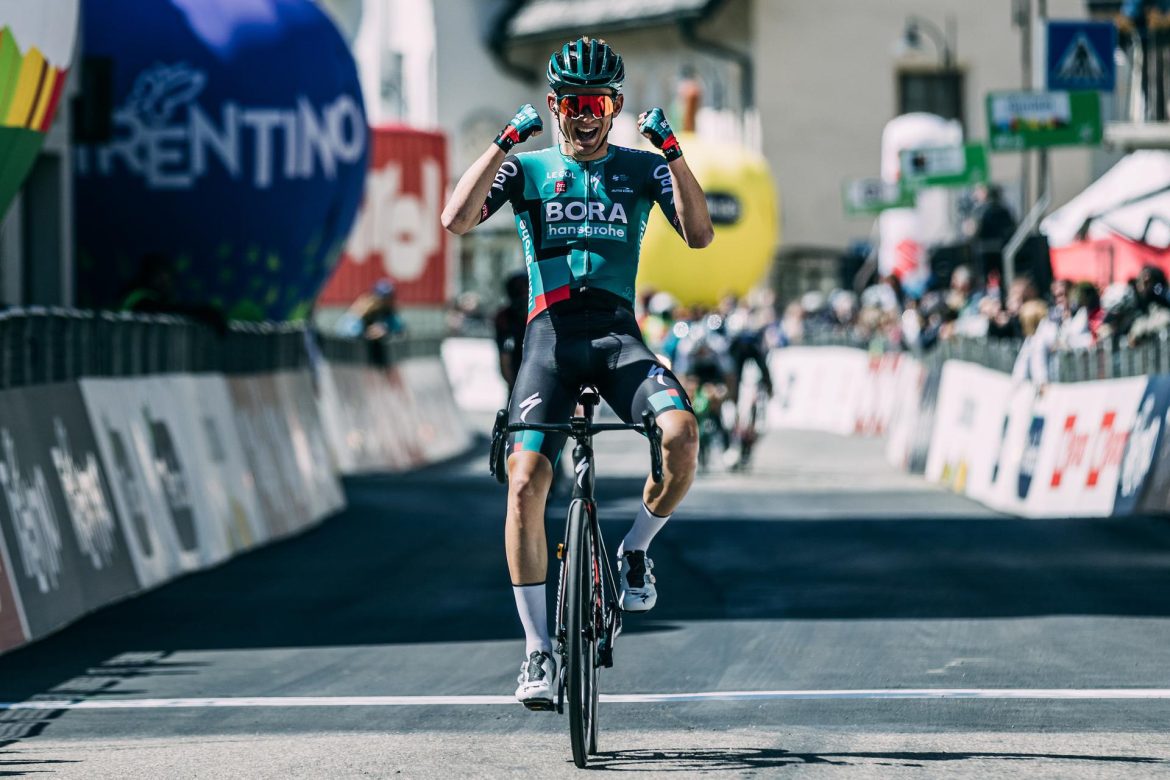 The 25-year-old German Bora-Hansgrohe rider won the third stage of Tour of the Alps, from Lana to Villabassa. The race favourites marked themselves on the Passo Furcia, and Bilbao held onto the lead with two stages to go. Tomorrow features an uphill finish in Kals am Grossglockner.

The Tour of the Alps continued under the guise of show, surprises, and racers who are anything but predictable. Whoever thought that the third stage – 154.6 km from Lana to Niederdorf/Villabassa, which took place entirely in South Tyrol, was a sealed deal between the big names in the GC was proven wrong.

On Wednesday, April 20, the Tour of the Alps saw a day of long-distance attacks and twists and turns, with another youngster who found his day of grace on the roads of the Tirolo-Alto Adige-Trentino Euroregion.

Anyone who follows cycling knows the talent of Lennard Kämna. The 25-year-old German racer from Bora-hansgrohe is capable of long rides and sometimes winning, like today and like in 2020 at the Tour de France. He doesn’t fear long climbs even though he finds his ideal hunting ground in the flats.

After several unsuccessful attempts in the early part of the race, Kämna launched a drawn-out attack at km 62. He rode defensively on the difficult climb toward Furkelpass/Passo Furcia, before showing off his skills as pursuer and time trialist on terrain more suitable to him near the final kilometre. Andrey Amador’s (INEOS-Grenadiers) chase proved futile; the Costa Rican had to be content with second place ahead of Spanish racer, Jonathan Lastra (Caja-Rural).

The favourites for final victory have deferred to tomorrow and its uphill finish in Kals am Grossglockner, in Tirol. The green jersey still belongs to Pello Bilbao (Bahrain-Victorious), but rivals are close by: Bardet at 6″, Valter at 12″, Gall, Sivakov, Chaves, and Porte at 16″, and Landa at 20″. The games at the 2022 Tour of the Alps are anything but over. The rugged Osttirol has yet to hand down the final verdicts in this Euroregional stage race.