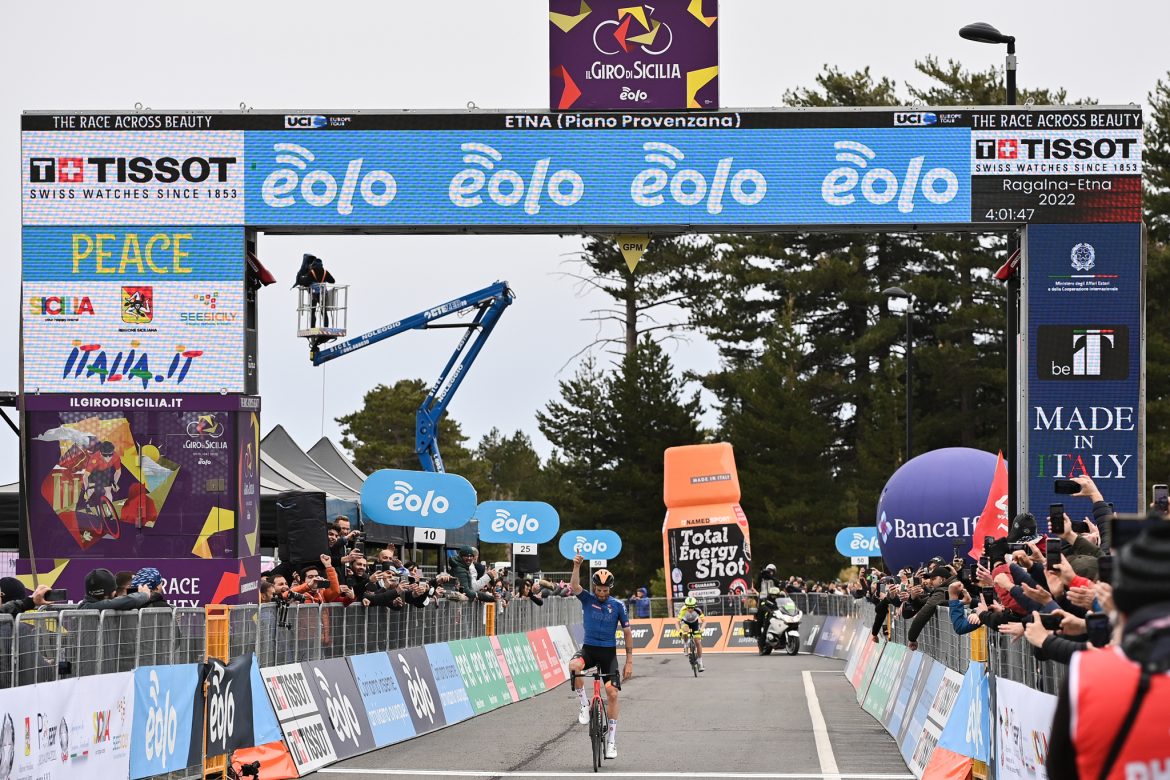 With an attack launched at 1500 meters from the finish line, Damiano Caruso (Nazionale Italiana) won both the last stage and the general classification in the 2022 edition of Il Giro di Sicilia Eolo. The Sicilian rider, a native of Ragusa, repeated the success obtained in the second stage in Caltanissetta, distancing Louis Meintjes (Intermarché – Wanty – Gobert Matériaux) by 5″ and Jefferson Cepeda (Drone Hopper – Androni Giocattoli) by 10″. Both Meinties and Cepeda finished on the podium in the general classification, even if with reversed places. Vincenzo Nibali (Astana Qazaqstan Team), who was also part of the leading group, lost contact on the last ramps of the ascent towards Piano Provenzana, the side of Etna already faced in the 2020 Giro d’Italia. Nibali finished in fourth place both in the stage and in the general classification. Damiano Caruso also takes home the Maglia Ciclamino. The Maglia Bianca holder changes as it ends up on the shoulders of the Ecuadorian Jefferson Cepeda. Stefano Gandin defends the Maglia Verde Pistacchio,  which he brought from the first, to the last day. The team ranking goes to the Astana Qazaqstan Team.