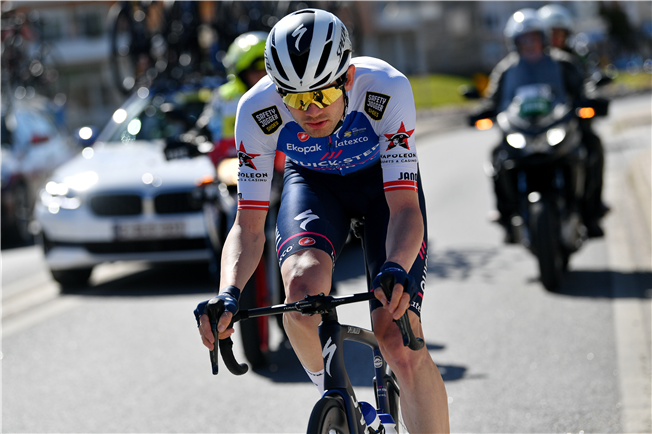 Amstel Gold Race is this Sunday, and will once again put on the table a tasty parcours comprising more than thirty climbs. Chief among them is the Cauberg, the iconic hill that is set to be tackled three times, the last of the ascents coming inside 25 kilometers to go.

But although Cauberg (800 meters, 6.5%) will play a huge role in the outcome, or at least is expected to do that, it won’t be the only climb that will shape the race, Geulhemmerberg and Bemelerberg – both featuring in the last 20 kilometers – promising to add plenty of salt and pepper to the fight between the contenders.

Having completed Ronde van Vlaanderen as the team’s top finisher, Kasper Asgreen will continue his Classics campaign at Amstel Gold Race, where he lines up for the first time in his career. Andrea Bagioli, who has recently captured his maiden World Tour win on the final stage of the Volta a Catalunya, will be another rider taking part in the Dutch Classic for the first time in his career, as will Davide Ballerini, Jannik Steimle, and Stan Van Tricht.

Rounding out Quick-Step Alpha Vinyl’s team for the 254.1km Amstel Gold Race – which the Wolfpack has won on two occasions (2015 and 2017) – will be Florian Sénéchal and Zdenek Stybar.

“We start with confidence, although we had to make some changes in our roster due to the race taking place this year on the weekend Basque Country finishes. The condition of the guys is improving after being sick this spring, which is an encouraging thing. We’ll look especially to Kasper and Andrea, who was a bit sick after his Catalunya stage win, but now is healthy again. We hope to feature in the finale, especially as some of the riders will have a free role and can do something on a hilly course like this”, said Quick-Step Alpha Vinyl sports director Geert Van Bondt.