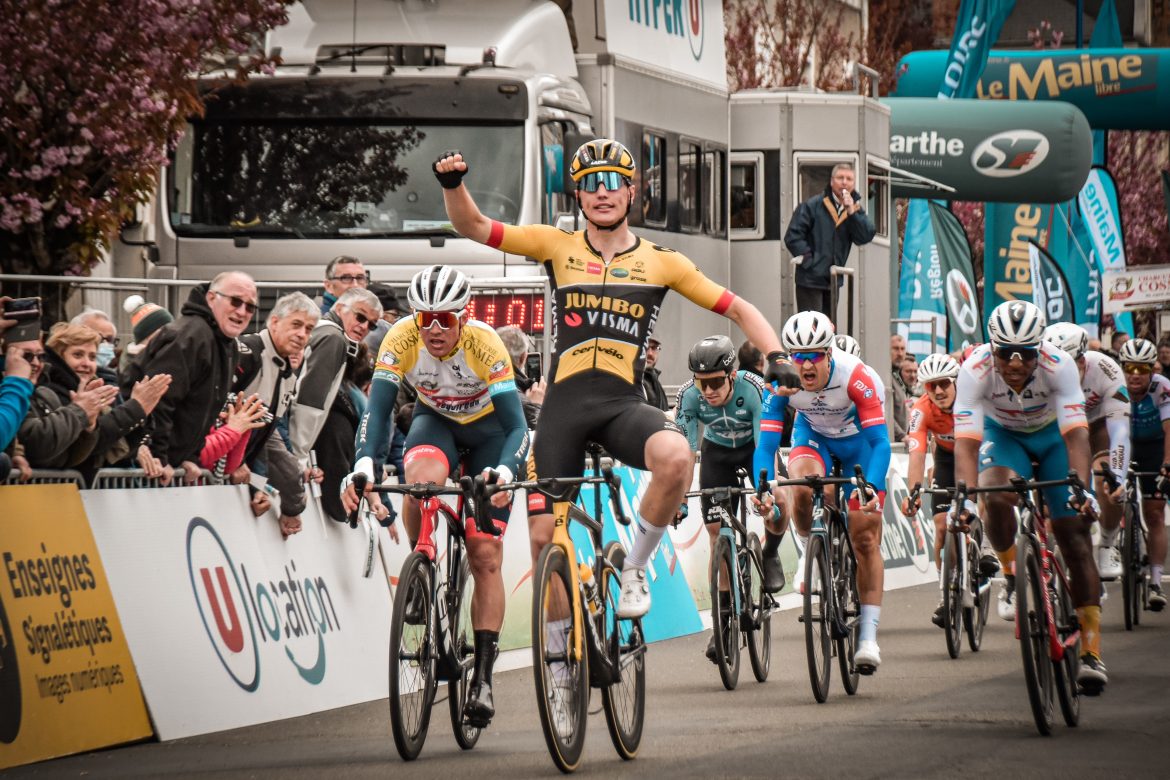 Olav Kooij has won the second stage of the Circuit Cycliste Sarthe. In a strong field of sprinters, Kooij was well-positioned by his Team Jumbo-Visma teammates. For Kooij it is his first win of the season.

The second stage in the Circuit Cycliste Sarthe was a typical sprinters stage. A breakaway group of six riders formed early on in the race. This group got a five-minute lead before the sprinters’ teams started to control the race. At fifteen kilometres from the finish, the escapees were caught and the preparation for the sprint began.

With three kilometres to go, Team Jumbo-Visma increased the pace and Rick Pluimers and Mick van Dijke positioned themselves perfectly in front of their teammate. After Kooij had come through the final corner, he was in an ideal position to leave his opponents behind and take his first win of the season.

Kooij was delighted with his team’s performance. “It was up to the guys to stay calm. We had agreed on a specific moment to make our move, which worked out perfectly. Rick and Mick did a super job so that I could start the sprint in a good position. Then I knew I was on the right wheel with Pedersen. When I attacked, I felt I could win.”

Kooij’s victory is his first of the season and the tenth for the team. “I’ve been close a few times this year, so it feels extra good to win now. There are still two days where we want to go for it full force. But first, we will enjoy this victory”, the young racer of Team Jumbo-Visma said.

Sports director Addy Engels was also happy with his young riders’ work. “Yesterday, we made a much bigger effort as a team and it didn’t work out. Today the boys made a nice move in the final. They got into the right position at the right time and put Olav where he needed to be. Then Olav finished it off beautifully. We still have two racing days left, but we will enjoy this moment now.”