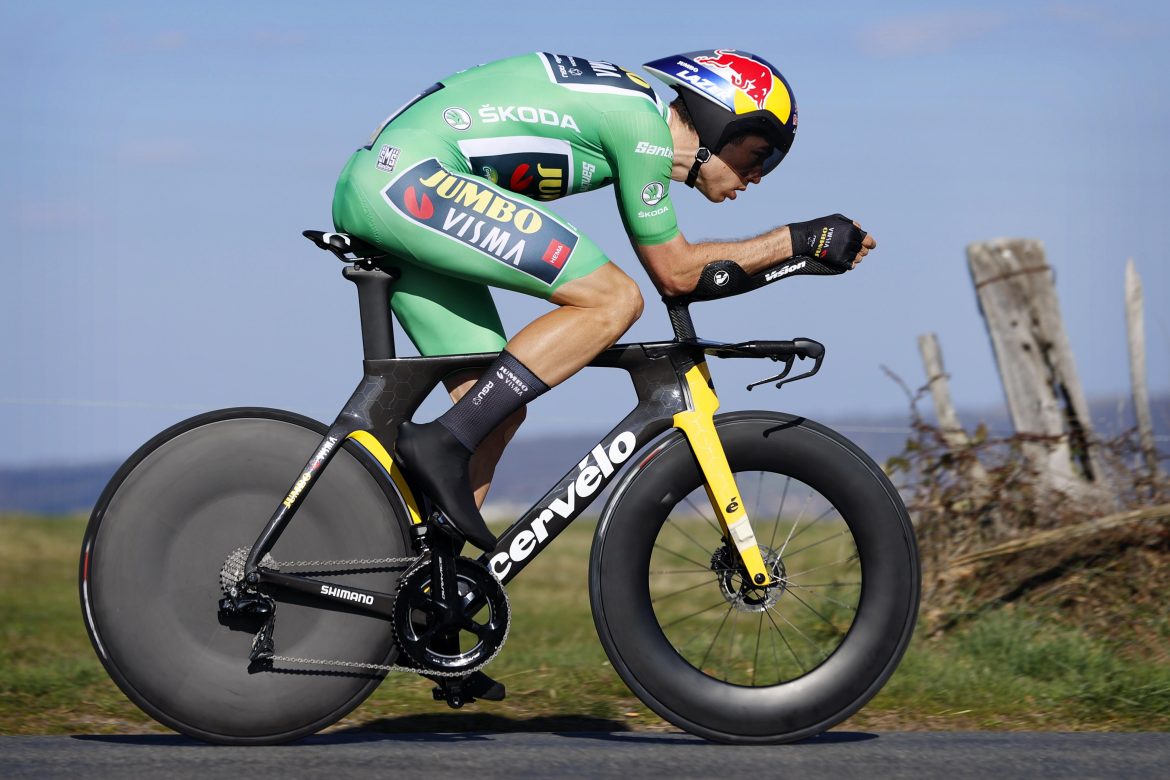 Wout van Aert has won the time trial in Paris-Nice. The Belgian of Team Jumbo-Visma was just too fast for his teammates Primoz Roglic and Rohan Dennis. As a result, Van Aert took over the lead in the general classification from teammate Christophe Laporte. Roglic is second, Laporte third.

In the opening stage, Team Jumbo-Visma had already occupied the complete podium; in the time trial the Dutch team did it again.

The time trial, set out over a hilly course, had an uphill finish. The last few hundred metres went uphill to the finish in Montluçon. Dennis, the Australian time trial champion, led for a long time. Only teammates Van Aert and Roglic managed to beat the time of the former world champion.

Dennis was one of the first riders to start, and after his time trial, he concluded that the course would probably suit Van Aert and Roglic very well. “It was a tough time trial with a challenging course – something for guys like Primoz and Wout. After days of work, I am happy with my result. It’s great that we are doing so well as a team.”

Van Aert was delighted with his second win of the road season. “Along the way, I didn’t notice much of the time differences, so I just rode full throttle towards the finish. It hurt to be on the pedals all the time on the last climb, but it was necessary.” The classification leader was also proud of his team. “We are one of the best teams in the time trial, so perhaps this result is not very surprising. Primoz and Rohan have also won many prizes in this discipline and were on the podium of the Olympic time trial last year. That says it all. This is another victory by and for the team. It’s already been a great week, so hopefully, more great results will come. We are going to do everything we can to win this race.”