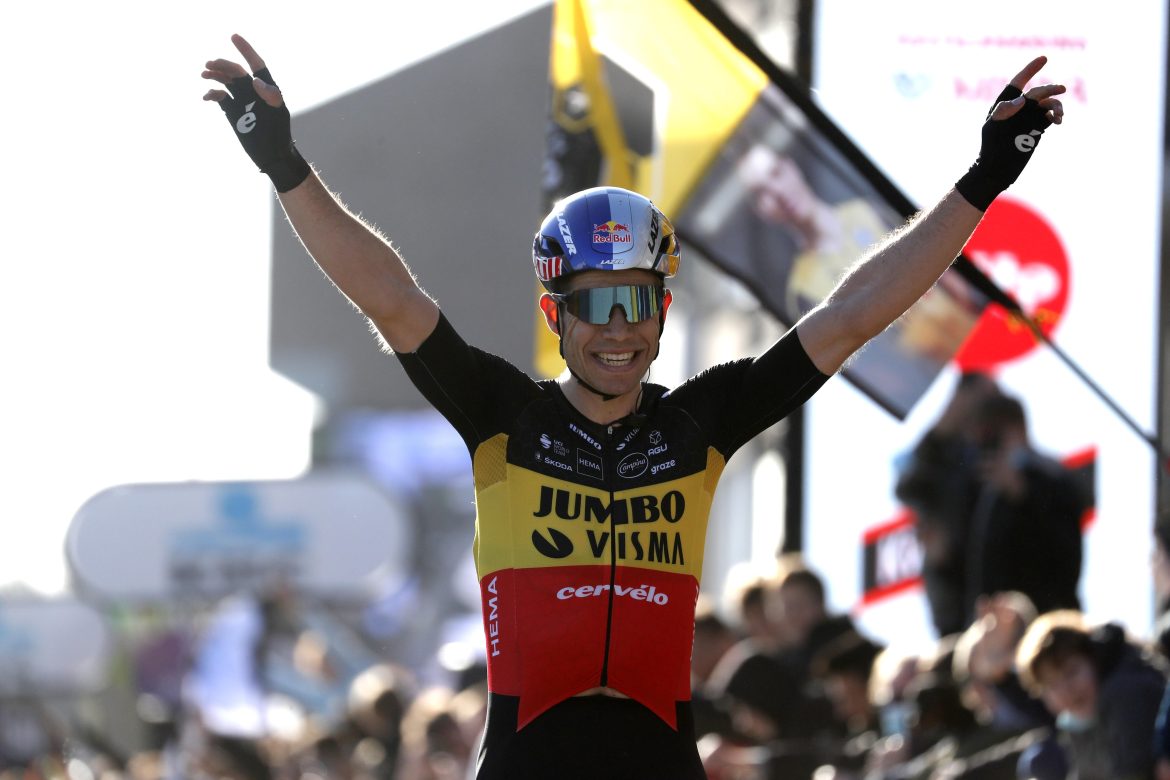 Wout van Aert has won the Omloop Het Nieuwsblad. The Belgian leader of Team Jumbo-Visma rode away on the day’s final climb, the Bosberg, and crossed the line solo in Ninove. Thanks in part to the work of his strong teammates, Van Aert took his first win of the road season.

Benoot even went on a solo attack on the road to the Muur of Geraardsbergen, but he was caught just after the top. On the Bosberg, Van Aert gave everything he had and no rider could keep up with him. A fifteen-kilometre solo resulted in the victory, which meant Team Jumbo Visma’s second victory of the road season.

“Tiesj and I were attacking nicely after the Berendries”, the happy winner said. “I know it’s always quiet before the Bosberg, so I wanted to take an advantage there. At the top, I still had a nice gap, so I decided to go full speed. I gave everything and fortunately, that tactic worked. The wind was a disadvantage, so maybe that’s why it stayed closed for a long time. My teammates deserve big compliments because we controlled the race at all times. And of course, I am delighted to finish first.”

Van Aert will now continue preparing for the upcoming races. “I’ve had a good preparation, but I didn’t expect it to go so well right away. It’s great that I won this race. I could still do better in terms of race intensity because you need that for classics like the Tour of Flanders and Paris-Roubaix. I want to take that step in Paris-Nice, where we will be at the start again with a strong team.”