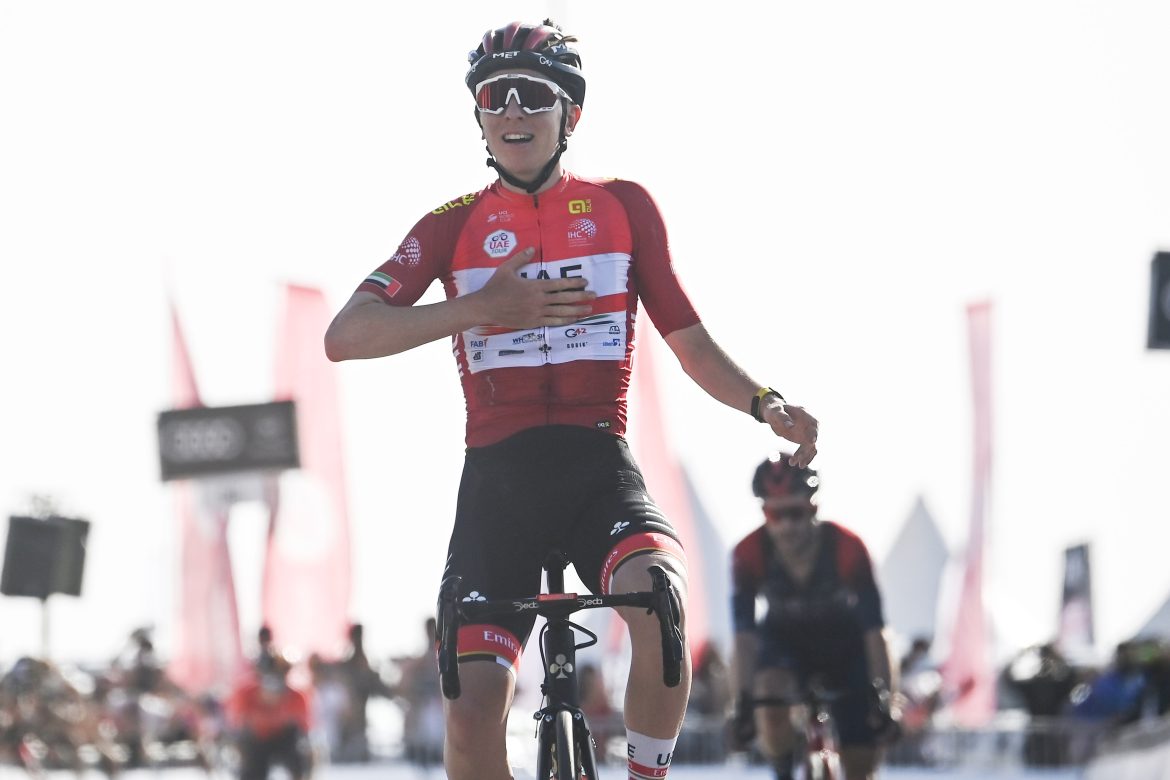 Tadej Pogacar won the iconic Jebel Hafeet stage for the third year in a row and the UAE Tour, organised by Abu Dhabi Sports Council, for the second time running. Already the race leader before Stage 7, the Mubadala Stage, he kept rival Adam Yates (second overall) on a leash and took the command in the final kilometer to sprint to victory, making him the undisputed winner of the fourth edition of the race. Third on the line, Spain’s Pello Bilbao also moved onto to the final podium while Jasper Philipsen claimed the Green Jersey of the points competition and Dmitrii Strakhov took the Black Jersey of the intermediate sprints at the end of a great week of racing throughout the United Arab Emirates.