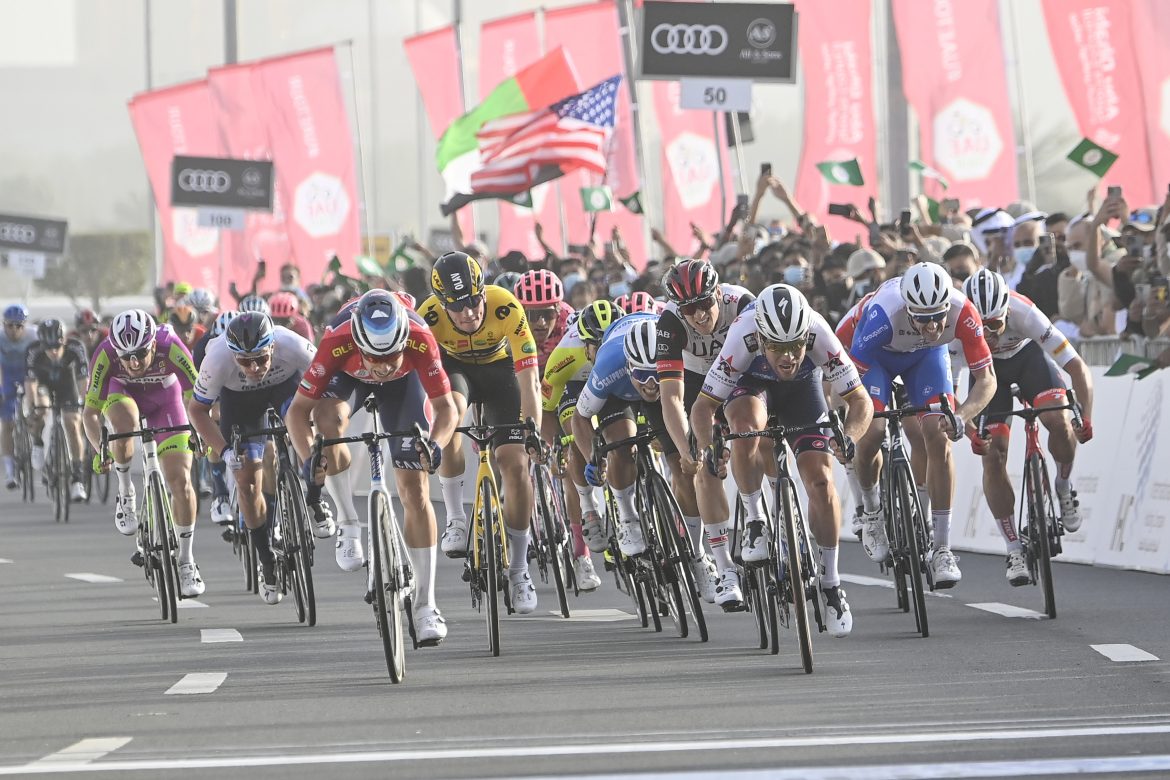 Mark Cavendish rode to victory again in the United Arab Emirates, at the fourth edition of the UAE Tour, organised by Abu Dhabi Sports Council, four years after his last victory at the Dubai Tour. He made the best of another hotly contested bunch gallop in which Stage 1 winner Jasper Philipsen finished second in a very tight finish while Pascal Ackermann brought UAE Team Emirates back under the spotlight as he came third at Abu Dhabi Breakwater. The Belgian from Alpecin-Fenix retained the leader’s jersey ahead of the 9km individual time trial in Ajman with an advantage of four seconds over escape artist Dmitrii Strakhov who collected six seconds of bonuses throughout the intermediate sprints for the second day in a row.