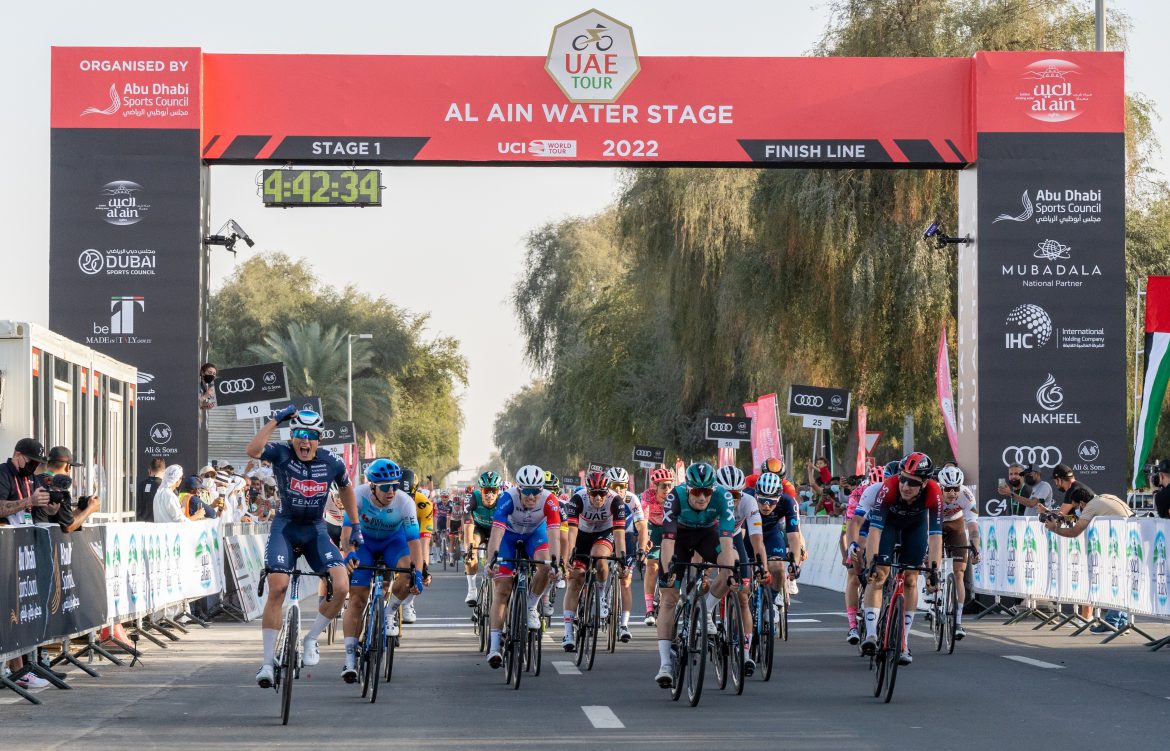 Belgium’s Jasper Philipsen took his first ever stage victory at the UAE Tour as he successfully out-sprinted a star studded field of fast men in the bunch sprint at the end of Stage 1, the Al Ain Water Stage. Sam Bennett, Elia Viviani and Dylan Groenewegen surrendered after the Alpecin-Fenix rider launched his sprint from far out, taking advantage of the tailwind. He claimed three of the four distinctive race jerseys: GC, points and best young rider, while breakaway rider Dmitrii Strakhov of Gazprom–RusVelo took the Black Jersey of the intermediate sprints. It was all together again with 20km to go before the highly awaited first bunch sprint of the year in the UCI WorldTour.