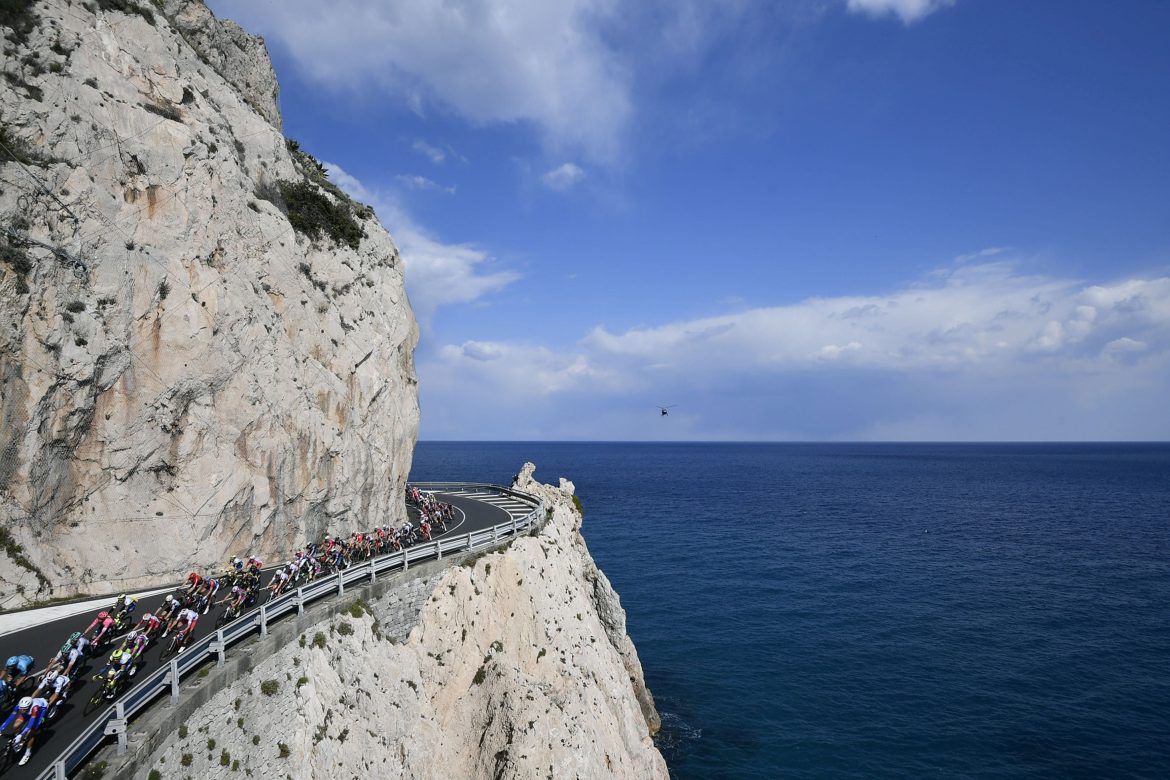 The 113th Milano-Sanremo presented by Eolo will be raced, on Saturday 19th March, on its classic route. The Passo del Turchino is back after two years. 293 kilometres will take the riders from the start proper in Via della Chiesa Rossa, Milan, to the home straight in Via Roma, Sanremo.
For the first time in its history, the Milano-Sanremo will start from the Maspes-Vigorelli Velodrome which hosted already the Giro d’Italia, the Giro di Lombardia and many Six Days, but never the start of the Classicissima.

THE ROUTE
Milano-Sanremo runs along the classic route that for more than 110 years has connected Milan with the western Riviera through Pavia, Ovada, the Passo del Turchino that leads into Genua Voltri. From there, it rolls westwards through Varazze, Savona, Albenga to Imperia and San Lorenzo al Mare where, after the classic sequence of the Capi (Mele, Cervo and Berta), the atheltes will deal with the two climbs added in recent decades: the Cipressa (1982) and the Poggio di Sanremo (1961). The Cipressa is just over 5.6 km long with a gradient of 4.1%. The highly testing descent leads back down to SS 1 Aurelia.

Last kilometres
The ascent of Poggio di Sanremo begins with 9 km remaining to the finish (3.7 km, average gradient less than 4%, maximum 8% in the segment before getting to the top of the climb). The road is slightly narrower, with 4 hairpin turns in the first 2 km. The descent is testing, on asphalt switchback roads, narrow at points and with twists and turns as far as the junction with SS 1 Aurelia. The final part of the descent enters urban Sanremo. The last 2 km are on long, straight urban roads. There is a left-hand bend on a roundabout 850 m from the finish line. The last bend, leading into the home straight in Via Roma, is 750 m from the finish line.